New York, NY/Press/September 24, 2019 – Robert M. Fox, Founder and Attorney of The Law Offices of Robert M. Fox was selected for inclusion into the Top Attorneys of North America 2019-2020 edition by The Who’s Who Directories. 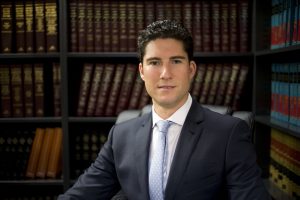 “I evaluate each client’s financial situation on a case by case basis, and simplify the bankruptcy process.” – Robert M. Fox

The Law Offices of Robert M. Fox, Esq. conveniently serve clients in the heart of New York City, including the boroughs, Long Island and Westchester. The law firm specializes in all aspects of Bankruptcy Law. The attorney’s assist individual consumer debtors, as well as business debtors secure an effective debt relief option. At the Law Offices of Robert M. Fox, they will simplify every step of the bankruptcy process, allowing you to stay informed of your case and giving you an honest assessment of your financial situation. They understand how difficult this time may be, which is why they always treat their clients with dignity, respect, and compassion.

Robert M. Fox founder of the firm, is a Bankruptcy attorney who has been practicing law since 2007. He is admitted to practice law in the State Courts of New York, as well as the Eastern and Southern District Federal Courts. Robert’s background, experience and passion lies in bankruptcy. He handles cases in Chapter 7, 11 & 13 Bankruptcy as well as, Foreclosure defense and Debt Settlements. Robert believes that filing for bankruptcy can be wise financial tool, where you can restructure a financial plan, giving you a fresh new start without debt and a peace of mind.

As a native New Yorker, Robert understands the importance of immediate client satisfaction, he strives to keep all of his clients happy by taking the time to answer any and all questions and promptly returning phone calls and emails.

Robert understands that many of his clients are in dire financial straits and under a lot of pressure. As such, he is highly sympathetic to his clients’ situations and alleviates many of their concerns by proactively guiding them from initial consultation until conclusion of their bankruptcy case. Robert’s down to earth attitude enables him to communicate directly with all clients. His fees are always reasonable, flexible, fair and depending on the situation, often negotiable.

Robert M. Fox attended St Thomas University School of Law on a merit based scholarship, where he was able to graduate after 2.5 years (as opposed to the usually 3 yrs) and maintain a high ranking within his section. He is recognized as a member of the National Association of Consumer Bankruptcy Attorneys as well as the American Bankruptcy Institute and was quoted as an authority in Mishpacha Magazine, Can You Afford To Go Bankrupt?Robert is also rated as 10 Best in Bankruptcy 2018-2019.

After graduating law school in May of 2006, Robert gained invaluable litigation and arbitration experience at Melli, Guerin & Wall, P.C., a firm specializing in insurance defense. Robert also worked on a plethora of motions, which he argued in various civil courts. Thereafter, in December of 2008, Robert returned to his bankruptcy law roots.

He was also featured on the Real Estate Radio Network in a Bankruptcy Q&A session series.

You can contact Attorney Robert M. Fox by clicking on the link at rfoxlaw.com.

Be the first to comment on "Top Attorney – Robert M. Fox"