Rochester, NY WW/Press/September 27, 2019 – Matthew R. Lembke, Attorney of Matt Lembke Trial Lawyer was selected for inclusion into the Top Attorneys of North America 2019-2020 edition by The Who’s Who Directories. 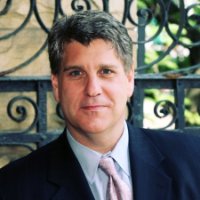 “Whatever success I’ve had in this profession I owe to the many lawyers, court  personnel, legal assistants, and others with whom I’ve had the pleasure to work, and who have taken the time to help me, to teach me, and to make me a better lawyer and — I hope — a better person.”  – Matt Lembke

The law firm of Matt Lembke Trial Lawyer represents clients in Rochester, New York and other parts of New York State. Matthew R. Lembke, a Criminal Defense attorney operates his solo law practice in the areas of civil and criminal litigation. He has been  admitted to practice law in the State of New York and the United States federal district courts since, 1994. Mr. Lembke fights hard on his clients behalf, whether they are dealing with the nuances of dealing with the courts in civil matters or going through the criminal justice system, he will obtain the most favorable outcome.

Mr. Lembke has successfully recovered large verdicts and settlements for his clients they include: 2017: Monroe County jury acquitted a Rochester man of all counts of attempted murder, felony assault, and weapons possession charges. 2014: After a nine week trial, a Buffalo federal court jury acquitted a Rochester man of all crimes related to accusations of that he murdered a government informant. 2010: Jury awarded a pedestrian $795,000 for injuries sustained from being hit by a car. 2006: $1.5 million settlement for a passenger injured in a crash. 2005: $800,000 settlement for two passengers injured in a crash. 2003: Jury awarded a truck driver $695,000 for injuries sustained in a collision. 2001: Rochester federal court jury verdict for a prisoner against corrections officers for civil rights violations. 2001: After an 8 week trial, Rochester federal court jury trial acquitted a Rochester man of drug trafficking charges that would have resulted in a sentence of more than 25 years in prison. 2002-03 and 2008: Represented defendants in the two longest, most highly publicized “white collar crime” trials in the history of the United States District Court for the Western District of New York.

Born in Rochester, New York, Mr. Lembke graduated from Eastern Kentucky University with a B.A., 1990 and received his J.D. from the University of Toledo, 1993. He is a member the New York Bar Association.

In 2014, Mr. Lembke was selected by U.S. District Court District Judges and Magistrate Judges to received the districts “CJA Award” for outstanding representation of the accused without regard to the accused’s financial circumstances, and in the same year, he received the Criminal Justice Act award (CJA) by Martindale-Hubbell.In 1999, he was the youngest lawyer selected by Rochester’s legal newspaper in the first class of Rochester’s “Up & Coming Attorneys.”

Be the first to comment on "Top Attorney – Matthew R. Lembke"