Seattle,WA/Press/August 28, 2019 – Spencer D. Parr, Esq., Co-Founder and accomplished trial attorney at  Washington Law Center, PLLC was selected for inclusion into the Top Attorneys of North America 2019-2020 edition by The Who’s Who Directories. 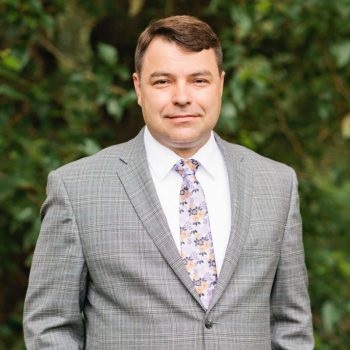 “My keys to success include knowing that Washington Law Center represents real people with real problems that likely can’t be resolved without the deep subject matter knowledge, experience, passion and hard work that myself and the rest of our firm’s dedicated trial attorneys bring to every litigation fight.” – Spencer D. Parr, Esq.

Washington Law Center proudly serves the greater Seattle-Tacoma area with office locations in South Seattle (Tukwila) in King County and Tacoma in Pierce County. Washington Law Center’s Personal Injury Attorneys are well-known and well-respected in the Washington legal community and have achieved numerous seven ($1m+) and eight-figure ($10m+) settlements and verdicts for their clients. They work with top medical, vocational, human factors, life planning and other experts to achieve best-possible financial recoveries for anyone seriously injured due to the negligence of others. They’ve made national legal news, including with one of their verdicts having literally changed the law in a way that is now taught at law schools and analyzed in law review journals nationwide.

Washington Law Center’s team of full-time Labor & Industries (workers’ compensation) Attorneys is the largest in Washington state, with numerous recent jury verdicts in favor of their workers’ compensation clients as well as multiple Court of Appeals cases currently pending on legal questions specifically targeted to promote and expand Industrial Insurance Act rights for all injured workers. In both Personal Injury and Workers’ Compensation matters, the Attorneys of Washington Law Center are subject matter thought leaders known for successfully litigating some of the biggest questions of law, against the largest companies, municipalities and government agencies in Washington state.

Spencer D. Parr, Esq. is co-founder of Washington Law Center. He is a graduate of UCLA School of Law and has been practicing law since 2004. He is admitted to practice in both Washington state and the Federal Courts, having also spent the first five years of his career as a New York litigation attorney. Mr. Parr supervises the Labor & Industries department of Washington Law Center, and because of his extensive experience with legal conflicts involving questions of anatomy and medicine, often participates in the most complex personal injury, medical malpractice, and wrongful death cases handled by his firm. Mr. Parr has represented in numerous death-involved matters, achieving successful results for his clients in a diverse range of complex death cases involving aviation disaster; motor vehicle accidents; work-related falls, crushes, and other industrial accidents; medical negligence; civil rights abuse; and accidental medication overdose cases. As of publication, Mr. Parr has never lost a jury trial.  He is a member of the prestigious Washington State Association for Justice, having their top Eagle distinction in 2019.  He was previously selected for recognition in the National Advocates, Top 100 Lawyers (2016).

Before practicing law, Mr. Parr served honorably in the U.S. Army, Military Intelligence, for 4.5 years. He earned numerous honors and awards during his active-duty military service, including K-3 qualifications as an electronic warfare signals intelligence operator, advanced qualifications as linguist, Army Achievement Medals, an Army Commendation Medal, a Good Conduct Medal, and a National Defense Service Ribbon. He is a graduate of the Defense Language Institute in Monterey, California, as well as of the Foreign Language Training Center, Europe (FLTCE), in Garmisch-Partenkirchen, Germany.

Be the first to comment on "Top Attorney – Spencer D. Parr"