Merrillville, IN WW/Press/August 12, 2022 – John H. Davis Attorney At Law is recognized and distinguished in the Top Attorneys of North America 2022-2023 edition by The Who’s Who Directories. 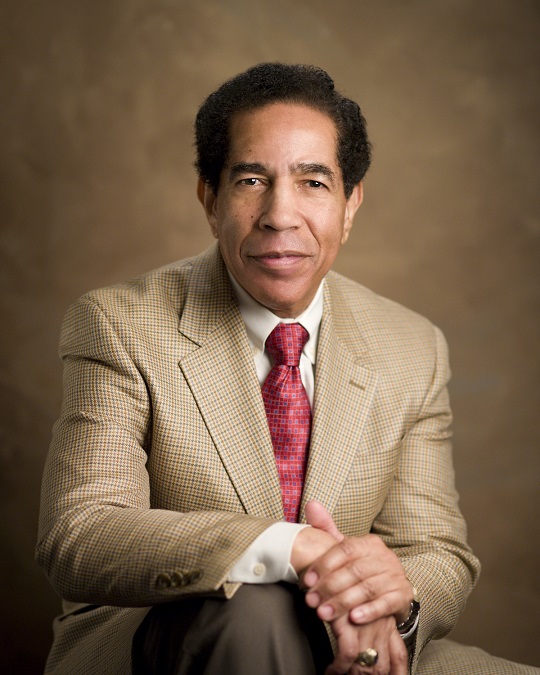 John H. Davis Attorney at Law specializes in criminal defense and civil litigation which includes personal injury, contract law, criminal law, bankruptcy, immigration law, and family law including child custody. He works pro bono in criminal defense with the federal courts. Attorney Davis has been practicing law since 1985. He is admitted to practice by the Indiana State Bar and the United States Supreme Court Bar. He is a Speaker for National Business Institute – a continuing legal educational organization. Mr. Davis is currently working with Rabbi Barry Silver, Esq. who is spiritual leader of Congregation L’Dor Va-Dor in Boynton Beach, Florida, Founder of Cosmic Judaism uniting science and religion, Member of the Florida Legislature 1996-1998, and who is currently heading up a group of attorneys who are pursuing litigation regarding Roe v. Wade being overturned by the United States Supreme Court.

His Legal practice is dedicated to help you, your family or your business to address specific legal needs and to come to a best solution in your case. A former Indiana state deputy prosecutor and public defender, Mr. Davis attributes his success to perseverance, endurance, and being accessible to his clients.

Mr. Davis graduated from Woodbury University with a B.S. in 1974, received his J.D. from Western State University, 1977, and obtained his M.B.A. from Azusa Pacific University, 1980. In Huntsville, Alabama, as adjunct professor at both A&M University and Oakwood College (now University), Mr. Davis taught subjects such as marketing, accounting, economics, business law, paralegal courses, cultural anthropology, and sociology. While teaching at A&M University in the 1990’s, Mr. Davis had an opportunity to converse with a professor from the Physics Department – named Dr. Putcha Venkateswarlu, best known by his students as V12 due to the approximate number of letters in his last name. Being over 90 years old at that time, V12 shared his research and cultural background with Mr. Davis prompting Mr. Davis to feel it necessary to produce a video interviewing V12 and Dr. James M. Thompson in order to recognize, archive, and memorialize the professor’s personal, ethnic & cultural background as well as V12’s professional life’s work, involving his research in Europe during the 1930’s and 1940’s, with one of the pioneers of quantum physics – named Wolfgang Ernst Pauli, an American-Austrian-Swiss theoretical physicist. Pauli was also influenced by Albert Einstein and V12 shared treasured personal memories of Pauli and his family. Mr. Davis’ copyrighted video later allowed A&M University students to learn about V12 long after his death thanks to efforts by the late Dr. James Thompson, Professor Emeritus at the University.

Mr. Davis directed one of his marketing classes at Oakwood to complete a project and present it to the administration. Shortly thereafter, Oakwood’s adult degree completion program (called LEAP) adopted his student’s marketing plan by utilizing the project on numerous billboards throughout the city.

Mr. Davis also held the position of Director of Corporate and Foundation Relations at Hanover College in Hanover, Indiana from 1993 – 1994.

In addition, Mr. Davis has traveled throughout the United States and as far as the Tahiti Islands and Egypt – visiting The Cairo Museum and The Valley of The Kings. His traveling experiences afforded him the opportunity to speak with many individuals regarding culture, ethnicity, and heritage.

Mr. Davis is the author of the books: What Do White Americans Want to Know About Black Americans, But Are Afraid to Ask and What Do Black Americans Want to Know About White Americans, But Are Afraid to Ask. These two (2) books are available in 2nd Edition through Barnes and Noble, Amazon, and Xlibris publishers. Soon to be released is his newest book entitled The Complaint.

Mr. Davis plays violin. His past involvement with his local community included participating in the city’s annual holiday orchestra concert as 2nd violinist and singing with the city’s traveling chorale group as 2nd tenor. Before law school, while living in New York, Mr. Davis sang at the Apollo as a member of a Doo Wop group called the Raytones – who recorded with Okeh record label. The Raytones were also an opening act at the Waldorf Historia in New York City.

Who’s Who Among Students in American Universities & Colleges (76-77); Mr. Davis was keynote speaker at a Valparaiso University dinner hosted by one of the student unions.

Mr. Davis embraces his multiple cultural and ethnic family background and history which includes a Jewish heritage that does not come from converting to Judaism (which Mr. Davis is not criticizing) – nor from any American ethnic group which has declared itself as Jewish, but his Jewish heritage and culture comes from a maternal grandfather whose heritage was traced to Spain at the time Queen Isabella expelled all Jews from Spain and resulted in many of said Jews migrating to Argentina and Venezuela and subsequently to Cuba and Guyana.  Said maternal grandfather’s name was Philip Messiah who also authored several religious plays written in Spanish. The name Messiah may sometimes be misunderstood by many religious sects as well as some Jewish sects to refer to a divine deity, however, learned Jewish individuals, particularly Rabbis, understand the word to connote the meaning that the person using the name is a teacher. Thus, Mr. Davis’ maternal grandfather points to the fact that some or more of his ancestors were Jewish Rabbis – not merely of the Jewish faith.

Be the first to comment on "Top Attorney – John H. Davis"