New York, NY WW/Press/May 16, 2019 Charles E. Kutner Founder of the Law Offices of Kutner Friedrich LLP was selected for inclusion into the Top Attorneys of North America 2019-2020 edition of The Who’s Who Directories. 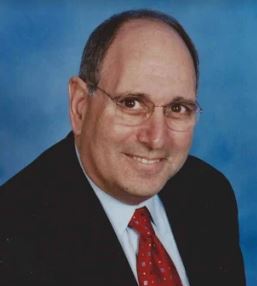 “I listen to my clients, keep close communication and I am supportive of their legal needs.” – Charles E. Kutner

The Law Offices of Charles E. Kutner, LLP conveniently serves clients in New York City and all five boroughs of New York City, Westchester, Nassau, and Suffolk Counties. The liability defense firm represent medical and legal professionals in a wide variety of specialties, that involve medical malpractice and legal litigation cases. As an AV- rated law firm, they pride themselves on taking an attentive, comprehensive approach in defense of their clients liability claims, including legal and all types of medical malpractice. They are particularly proud of their record in obtaining dismissals at the earliest stages of litigation.

Charles E. Kutner is a Medical Malpractice Defense Attorney and has been practicing law for over 35 years. He has taken more than 150 verdicts including defense verdicts in cases involving neurologically injured newborns, wrongful death and stroke. Mr. Kutner has represented hospitals, emergency room physicians, physician assistants, nurse midwives as well as physicians in all specialties of medicine. Mr. Kutner has been involved in many appeals that have established significant case law in the field of medical malpractice including claims for maternal emotional distress from medical malpractice resulting in stillbirth (Broadnax v Gonzalez 2 NY3d 148, continuous treatment toll for medical malpractice under CPLR 214-a Stewart v Cohen 82 AD3d 874, and claims for maternal emotional distress brought by the mother of a handicapped child, Sample v Levada 8 AD3d 465.

Mr. Kutner is a 1981 graduate of Albany Law School. He also holds a Master’s Degree in Public Administration from University of New Haven.

Mr. Kutner is a frequent lecturer for the New York State Bar Association; May 2018, on handling breast cancer cases; February 2019 on handling medical malpractice cases; Loriman Education Services on handling depositions. He is an annual speaker at the St. John’s University School of Law Seminar on Medical Malpractice. Mr. Kutner has also lectured on medical malpractice trials and expert disclosure at the Annual Summer Judicial Seminar Series for members of the New York State Judiciary (Summer 2017).

In addition to the published materials used in the NYSBA lecture series, Mr. Kutner is the author of Frye Hearings, a review of case law utility and application published in the Journal of the Defense Association of New York, Spring 2015 and Damage Laws of the Fifty States.

Be the first to comment on "Top Attorney – Charles E. Kutner"