Warminster, PA/Press/April 15, 2019 – Sean M. Corr Senior Partner, of Corr Law Offices was selected for inclusion into the Top Attorneys of North America 2019-2020 edition of The Who’s Who Directories. 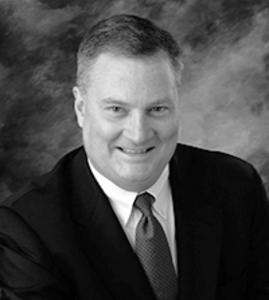 With more than 30 years of experience, the Corr Law Office is there to serve all of your legal needs. From general practice and business law to mediation, we have you covered. We represent a wide variety of clients, from individuals to corporations in Personal injury, Civil Litigation-Trials, Arbitrations, Mediations, and Insurance Coverage and Disputes. The legal team approaches each case with personal attention and dedication, aiming to protect the interests of their clients and exceeding their expectations.

Sean is a noted Pennsylvania personal injury attorney and has been lead counsel in approximately 50 personal injury jury trials involving personal injury claims, predominantly in his native Bucks County courts. As an experienced trial attorney, Sean has also appeared before the courts of Philadelphia and Montgomery counties, as well as the Federal District Court for the Eastern District of Pennsylvania. He has handled many more arbitrations and contested court hearings in the civil arena, which in addition to personal injury and insurance, have included matters pertaining to business law, products liability, construction law, estate law and other practice areas involving civil litigation.

During the past 20 years, Sean has established himself as one of Bucks County’s leading trial lawyers in the area of civil trial law and in particular personal injury law. He is a Certified Civil Trial Attorney, having been certified by the National Board of Trial Advocacy in 2000 and re-certified in 2005 and 2010. He was among the youngest in the Commonwealth of Pennsylvania to be so recognized. The National Board of Trial Advocacy, a division of the National Board of Legal Specialty Certification, is the only organization accredited by the Supreme Court of Pennsylvania to certify attorneys in a particular specialty. In addition, this same organization has certified Sean as a Specialist in Civil Pre-trial Practice and Procedure.

Sean has significant experience in Bucks County local procedure, having taught multiple continuing legal education seminars alongside the staff of the Office of Bucks County Court Administration, explaining the sometimes confusing nuances of the Bucks County rules. This niche area has caused Sean to be retained as local counsel by a number of large firms handling litigation in Bucks County, but whose offices are not in Bucks County.

In addition to Corr Law, Sean is an Assistant Solicitor to the County of Bucks, having been hired upon motion of then Bucks County Commissioner, now Lieutenant Governor James F. Cawley, Esquire, with a second from the longest serving Commissioner in Bucks County history, the Honorable Charley Martin.

Sean is married to his wife Jennifer and they have four children. The Corrs are active in local government and community organizations, including the Boy Scouts and Girl Scouts of America, and the Ancient Order of Hibernians.

Be the first to comment on "Top Attorney – Sean M. Corr"