Los Angeles, CA/Press/April 23, 2019 – Louis R. (Skip) Miller, Partner at Miller Barondess, LLP was selected for inclusion in the Top Attorneys of North America 2019-2020 edition of The Who’s Who Directories. 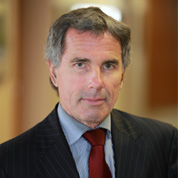 The law firm of Miller Barondess, LLP is located in Los Angeles, California. Established in 2006, the partners are very proud of the firm they have created serving clients in commercial litigation. The Miller Barondess team is dedicated to the clients, bringing creativity and innovation to the practice of law. Their mission is to achieve good results and do so in an efficient manner.

Mr. Miller is litigation counsel in cases for the County of Los Angeles and its Board of Supervisors; he and his firm are representing the County in several major matters.  He defended the City of Los Angeles in the Rodney King civil rights case, in cases involving the LAPD’s Special Investigation Section and matters concerning former Chief of Police Daryl Gates.  Mr. Miller also has represented companies including KB Home, SunCal, Prudential, EZ Lube, Patron Tequila, Seven Jeans, German-based Kirch Media, East West Bank and several other publicly-traded banks, and Taiwan-based Pou Chen Corporation, a major manufacturing conglomerate with over 500,000 employees.

Mr. Miller is a 1972 graduate of UCLA Law School. In 1972-1973, he served as law clerk to the Honorable Jesse W. Curtis, United States District Judge for the Central District of California.  He is the former Chairman of the Board of D.A.R.E. America, the international drug, violence and alcohol abuse and education program taught by police to millions of school children in the U.S. and 50 foreign countries.

Be the first to comment on "Top Attorney – Louis R. (Skip) Miller"