Los Angeles, CA/Press/April 2, 2019 – Jon Bryant Artz (Deceased), DUI Lawyer of Jon Bryant Artz Attorney At Law was selected for inclusion as a President’s Circle member into the Top Attorneys of North America 2019-2020 edition of The Who’s Who Directories. 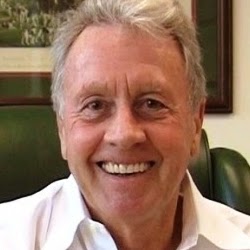 “I work hard for my clients and care about the results I have achieved.” – Jon Bryant Artz

Jon Bryant Artz Attorney At Law is based in West L.A. and proudly serves clients in Los Angeles, Orange County, and Ventura County. Jon Artz has devoted his practice in the area of DUI and DMV services including DMV advocacy with the California Department of Motor Vehicles. Considered the Best DUI lawyer in Los Angeles by many judges, prosecutors, and prominent lawyers, Attorney Jon Artz with his vast experience, can help turn your case from routine prosecution convictions into obtaining the best results.

Jon Bryant Artz had more than 50 years of practicing law, defending DUI cases involving drunk driving and drugged driving defenses. He has tried over 600 cases. As a Los Angeles DUI attorney, with a proven track record, Jon Artz helped 99% of his clients stay out of jail and keep their license on a first or second DUI offense. He won “Not guilty verdicts in his jury trials, including “Unwinnable cases – all charges dismissed even in cases involving prior convictions, accidents, high blood alcohol levels, and BAC test refusals. There are only a few Los Angeles DUI attorneys who have the confidence to take difficult DUI cases to a full jury trial.

Mr. Artz was a compassionate, down-to-earth person who cares about his clients’ well-being. He was willing to go the extra mile, helping his clients get sober by taking them to AA meetings and being with them throughout the way. He brought a lifetime of wisdom, experience (and humor) to people who need comfort and reassurance. He always told his clients to drive safe on the road, but if you are facing DUI charges it’s important to seek legal counsel right away.

His legal prowess as a Los Angeles DUI attorney was immediately evident when, three years after getting his law degree, Mr. Artz won an historic 7/0 reversal from the California Supreme Court in the very first interpretation of Penal Code §1192.5 (People v. Johnson (1974) 10 Cal 3rd 868). Mr. Artz served as a Judge Pro Tempore at Los Angeles County Superior Courts in Malibu, West Los Angeles, and Van Nuys, and has taught law classes on Trial Practice and Evidence as an Adjunct Professor at Pepperdine University School of Law.

Jon was honored with the Edward Kuwatch Award by the California DUI Lawyers Association (CDLA) which recognizes the contributions he has made to the DUI field and his amazing record for trial victories. He  is one of the authors of “California Drunk Driving Law”, considered the Bible of DUI defense. He also holds the coveted Preeminent rating by his attorney peers, rated “Superb” by his attorney peers, and listed as the Best DUI Lawyer in California.