Niagara Falls, NY/Press/November 16, 2022 – Anthony D. Parone, Esq of the Law Office of Anthony D. Parone is recognized and distinguished in The Top Attorneys of North America 2022-2023 edition by The Who’s Who Directories.

“I am diligent, dedicated to each of my clients needs and concerns. – Anthony D. Parone 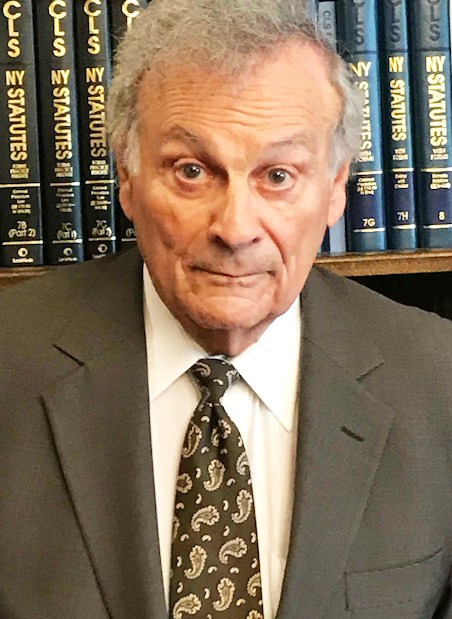 Anthony D. Parone, Esq., founder of the Law Office of Anthony D. Parone, has a private practice in Niagara Falls, New York. As a distinguished attorney, he has served clients since 1968. He is admitted to practice by the New York Bar Association, the California Bar Association, the Southern District of the U.S. District Court of California, and the Western District of the U.S. District Court of New York. Mr. Parone devotes his practice in legal matters involving divorce and family law, as well as corporate law and pension and profit sharing.

Prior to starting his own firm, he was general counsel for Conbow Corporation in Niagara Falls, an assistant general counsel with National General Corporation in Los Angeles, CA, from 1965 to 1966, an associate attorney with Saperston, Wiltse, Duke, Day & Wilson in Buffalo, NY from 1966 to 1968 and a lawyer at Gellman & Gellman from 1961 to 1965. He has been a longtime trustee of Stella Niagara Education Park and served upon a committee for Mt. St. Mary’s Hospital in Lewiston, NY.

Mr. Parone graduated from the University at Buffalo, earning a Bachelor of Arts and Bachelor of Laws in 1957 and 1960, respectively. He attended New York University, where he received a Master of Laws in taxation in 1961 and a Doctor of Jurisprudence in 1968, from the University at Buffalo. In an effort to stay current in the legal industry, Mr. Parone maintains affiliation with the Niagara County Bar Association and is a former member of the Bar Association of Niagara Falls, where he served as president in 1983.

Mr. Parone was married to the late Josephine A. Zoda, and is the proud father of one daughter, Deborah, and two grandchildren. He enjoys golfing in his spare time.

Be the first to comment on "Top Attorney – Anthony D. Parone"