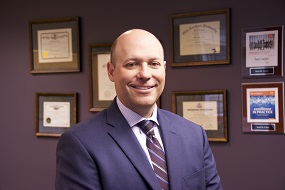 Krohn & Moss, Ltd. Consumer Law Center® located in Chicago, was established in 1995 with the goal of providing affordable, effective legal representation to those who have been victims of defective cars, trucks and consumer products. Lemon Law involves helping people who buy bad cars, i.e. Despite having such an extensive reach, the firm still believe in doing business on a close, interpersonal level with their clients. It unites the close working relationship of a small office, with the vast resources and cutting-edge facilities of an industry leader. The firm’s uncanny success has helped them in expanding their efforts on a nationwide basis. Today, Krohn & Moss assist consumers throughout the country.

Scott M. Cohen joined Krohn & Moss, Ltd. in 1996. He is a consumer protection attorney concentrating his practice in lemon law, breach of warranty, and automotive fraud matters. Mr. Cohen was licensed to practice law by the State of Illinois in 1996 and the State of Indiana in 1999. He is also admitted to practice before the United States Supreme Court, the United States Seventh, Eighth, Ninth, and Tenth Circuit Courts of Appeal, and the United States District Courts for the Northern and Central Districts of Illinois, as well as the Northern District of Indiana.

As nationwide appellate counsel for Krohn & Moss, Ltd., Mr. Cohen has successfully resolved thousands of consumer actions. He has argued six (6) landmark consumer appeals before the Supreme Courts of the States of Illinois, Indiana, Florida, and Wisconsin. He has also argued appeals of significant consumer interest before the United States Seventh Circuit Court of Appeals, and the appellate courts for the States of Illinois, California, Missouri, Georgia, and Florida. In total, he has presented oral argument to the above-listed appellate and state supreme courts on approximately forty (40) occasions and he has prevailed in well over fifty (50) appeals, including reversing over thirty (30) trial level decisions. Mr. Cohen also has tried approximately fifteen (15) consumer actions to verdict and has managed dozens of other appeals for Krohn & Moss, Ltd.

Currently, Mr. Cohen co-manages the lemon law litigation department of Krohn & Moss, Ltd. and he manages the firm’s ongoing appeals. Mr. Cohen’s advocacy continues to pave the way for consumers across the nation to be able to redress their grievances against some of the nation’s largest corporations.

In 2005, Mr. Cohen was selected by the Honorable Paddy McNamara of the Circuit Court of Cook County, Illinois to be on the Commercial Litigation Committee of the Chicago Bar Association to draft pattern jury instructions for the federal Magnuson-Moss Warranty Act. Ultimately, pattern jury instructions shaped by Mr. Cohen’s appellate achievements were approved by the Committee and submitted to the Illinois Supreme Court who adopted the instructions with very minor revisions in January of 2007. See Ill. Pattern Jury Instr. Civ. 185.01.

Mr. Cohen has an AV Preeminent Rating with Martindale-Hubbell. Additionally, Mr. Cohen has a “Superb” rating with Avvo.com, one of the nation’s largest attorney rating and referral services. He was also the recipient of the Avvo.com Clients’ Choice Award in 2014 – 2017. Mr. Cohen has been recognized in 2015 – 2019 as a “Super Lawyer” by Thomson Reuters, an honor bestowed to only five (5) percent of practicing attorneys for their excellence in practice. Chicago Magazine has also identified Mr. Cohen as a “Top Attorney” in the State of Illinois from 2015 – 2019. In 2017, Mr. Cohen was named by the National Trial Lawyers as a Top 100 Trial Lawyer for the State of Illinois. In April of 2017, American Registry named Mr. Cohen one of America’s Top 5% Most Honored Professionals for 2017.

Be the first to comment on "Top Attorney – Scott M. Cohen"