Orangeburg, NY/Press/January 25, 2019 – Ronald A. Phillips Founder and Attorney of the Law Offices of Ronald Phillips was selected for inclusion into the Top Attorneys of North America 2019-2020 edition by The Who’s Who Directories. 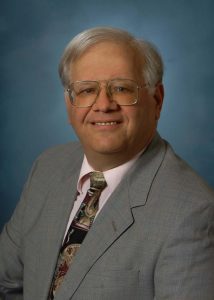 Law Offices of Ronald Phillips represents clients in New York, serving communities and counties throughout the Hudson River Valley. The firm concentrates its practice in the areas of  matrimonial and family law. There are many legal matrimonial matters at the heart of a family law practice: Prenuptial Agreements, Divorce, Child Support & Visitation Advocacy, Post-Divorce Enforcement or Modification, Spousal Maintenance, Domestic Partnerships/Same-Sex Relationships, Parenting Plans & Collaborative Law. They always advise clients of the most cost-effective, expedient way of accomplishing their family law goals. At the heart of the law practice they believe that openness, straight talk, and the willingness to advise their clients is paramount in guiding them to favorable outcomes in family law matters.

Ronald A. Phillips  was admitted to practice law in the State of New York in 1974 and his practice has been devoted to Matrimonial and Family Law, which covers “divorce, separation, separation agreements, prenuptial agreements, postnuptial agreements, custody, visitation, maintenance, child support, and equitable distribution of property and all areas related to divorces.” With his years of experience, distinguished credentials and willingness to tackle complex issues efficiently has earned Mr. Phillips the respect from colleagues and client’s alike. Clients whose family law issues are resolved favorably express appreciation for his services. He believes that when his clients come to his offices seeking advice, counsel and answers to their questions, he has the duty and the privilege to give them the personalized legal representation they deserve.

Mr. Phillips graduated from Fairleigh Dickinson University with a B.A. and received his J.D. from St. Johns University School of Law. He was a founding member of the Association of Collaborative Lawyers of Rockland-Westchester and was the first President of the organization. He is a member of the Rockland County Bar Association, the American Bar Association, and the New York State Bar Association and is a member of the Family Law Sections  of the aforesaid bar associations. He has been a Fellow in the American Academy of Matrimonial Lawyers since 1979. This organization is a national organization composed of approximately 1650 fellows throughout the United States. He was co-chair of the Rockland County Bar Association Family Law Section from 2000 through 2005. Mr. Phillips served on the Board of Managers of the American Academy of Matrimonial Lawyers, New York Chapter, and then served as a vice president of the New York Chapter from 2002 to 2004. After his term as Vice President ended, he again served on the Board of Managers for another term. He has also served on various AAML committees. He has also qualified as an expert witness and testified as such on various aspects of matrimonial law at various divorce trials in Rockland County, Westchester County, Orange County, and NY County.

Ronald Phillips was selected to “Best Lawyers,“ and listed in Super Lawyers, publications wherein lawyers are considered the best in their particular field and elected to the organizations by their peers.

Be the first to comment on "Top Attorney – Ronald A. Phillips"