Los Angeles, CA/Press/January 14, 2019 – Aggie R. Hoffman (Inactive), Founder and Immigration Attorney of The Law Offices of Aggie R. Hoffman was selected for inclusion into the Top Attorneys of North America 2019-2020 edition of The Who’s Who Directories.

The accomplishments attained by Ms. Aggie R. Hoffman in the field of Legal Services, warrants inclusion into the Top Attorneys of North America. 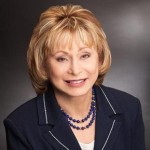 The Law Offices of Aggie R. Hoffman is a boutique law firm serving clients in Los Angeles, California and the surrounding communities in a wide range of legal matters involving immigration law. The firm solves problems from inception or as newly substituted counsel. Atty Hoffman focuses on business immigration issues for professionals, skilled workers, and entrepreneurial investors (EB-5). She also successfully reopens unfavorable decisions based on ineffective counsel, and erroneous adverse decisions to challenge decisions made by the Immigration Court (EOIR), Board of Immigration Appeals (BIA), U.S. District Court, succeeding as well before the Ninth Circuit Court of Appeals.

As shown above, Ms. Hoffman’s clients are both employment-based, family-based, and independent investors. Ms. Hoffman is dedicated to analyzing all issues impacting the client, focusing on the factual details of the case. It is the presentation of facts, supported by a thorough research of the law, that make the difference in winning or losing a case.

While initially working for three consecutive law offices, the final choice was a career in immigration.  She leaned in that direction because her family immigrated to the United States when she was just 11 years old.  That background gave her the empathy and desire to solve her clients’ issues.

Ms. Hoffman obtained a B.A in Education with a major in Spanish and minor in Russian.  In 1962, while still in undergraduate studies, she was accepted into an intensive Russian studies program pursuant to a grant from the federal government’s National Defense Education Act (NDEA).  In 1963, she received a second NDEA grant for a study tour program in the USSR.  After several years of teaching, attending law school, and practicing law, she joined the national American Immigration Lawyers Assn (AILA), and in 1983 was elected President of AILA’s So. California chapter.  As president, Ms. Hoffman served on AILA’s Board of Governors, as a Speaker and moderator of several AILA panels at national and regional immigration conferences. She was also assigned to investigate and report to AILA on the Unauthorized Practice of Law in the US.

In addition, Ms. Hoffman holds the coveted AV rated peer review by Martindale Hubbell (over 15 years) for her legal ability and ethics; also recognized by SUPER LAWYER Magazine, a peer selected Los Angeles Magazine (since 2004). She is authorized to practice law before the Ninth Circuit Court of Appeals, Seventh Circuit Court of Appeals, and the Supreme Court of the United States.

Be the first to comment on "Top Attorney – Aggie R. Hoffman"