Encino, CA/Press/December 5, 2018 – Ronald D. Hedding, Founder and Managing Attorney at The Hedding Law Firm was selected for inclusion into the Top Attorneys of North America 2018-2019 edition by The Who’s Who Directories. 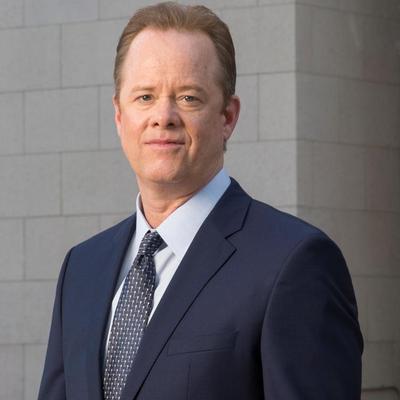 “I will protect your rights and fight for your freedom.” –
Ronald D. Hedding

The Hedding Law Firm has been helping clients in Los Angeles County since the 1970’s. The Firm has handled thousands of criminal matters over the years, ranging from DUI to murder, to white collar offenses as well as Federal matters all over the country.

They are based in the San Fernando Valley, in Encino California and are well known throughout the Valley (Van Nuys Court, San Fernando Court, Sylmar Court and Los Angeles State and Federal Court systems). They are experienced in handling a wide variety of criminal offenses and have established a solid reputation with state and federal prosecutors and judges. The success of the Hedding Law Firm is that the attorneys have a winning attitude, and will stop at nothing to get the best results for their clients.

He has an extensive well-rounded legal background in the area of Criminal Law. As the guiding force behind the Hedding Law Firm since 1994, Mr. Hedding’s multi-faceted experience sets him apart and puts him in an elite group of the best criminal defense Attorneys in Southern California.

After establishing the Hedding Law Firm, Ronald D. Hedding dedicated himself towards the pursuit of zealously defending his clients to the highest professional standards. He has traveled all over this Nation defending his clients, protecting their interests, reputation and freedom. It is rare to find a Criminal Defense Attorney with the dual ability to successfully fight a case in our jury system and the uncanny skills to negotiate a favorable disposition for his clients. It is even more rare to find an attorney with the wisdom to know the appropriate decision to make at the right time.

By law when the Governor wants to appoint someone as a judge, he or she must have the investigated and rated by the JNE Commission. As a Commissioner working for the State Bar, Mr. Hedding had the unique opportunity to see how the system works from the inside and participate in a process that helps to shape our Judiciary.

Also of note is that the President of the United States pardoned one of Mr. Hedding’s client after a long battle by the Hedding Law Firm to have the client’s criminal record completely wiped out. A Whitehouse representative called Mr. Hedding and let him know that the President had finally signed has client’s pardon and that the press would be calling, because it was one of the few pardons given out by George Bush in his tenure as President.

Ronald D. Hedding has been lead counsel in some of the most sensational criminal cases to be played out in Los Angeles County courthouses and at the Federal level. He has received acclaim in Newspapers, on the Radio and in National Publications. The key to Mr. Hedding’s success, whether the case involves a D.U.I. or Murder Charge, lies in his understanding of the Criminal Justice System and the client’s need to be informed of their best legal options, so they can make the most informed decision in protecting their rights.

Mr. Hedding enjoys practicing criminal defense.  It plays to my talents…I find I am at my best when I am fighting for a client’s rights, reputation and freedom.  I have tried many cases over the years and have seen very few prosecutors that can match up to my legal abilities.  If you hire me as your attorney, I can say without a doubt that you will have an advocate that is more experienced, savvy and prepared than any prosecutor!

Ronald D. Hedding graduated from California State University, Northridge with a B.S.-Bachelor of Science (1993) and received his JD- Juris Doctor from the University of La Verne College of Law (1993).

Be the first to comment on "Top Attorney – Ronald D. Hedding"