San Francisco, CA/Press/June 17, 2019 – P. Rupert Russell, Esq., Partner at Shartsis Friese LLP was selected for inclusion into the Top Attorneys of North America 2019-2020 edition by The Who’s Who Directories. 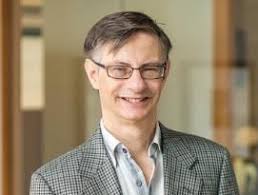 Shartsis Friese, LLP is a midsize, full-service firm in San Francisco that specializes in complex litigation, investment funds, real estate, corporate, venture capital, taxation, securities enforcement defense, intellectual property, and family wealth planning. The firm attempts to distinguish itself from its big firm competitors by careful growth, low partner/non-partner ratio, lower billing rates, and minimal turnover, without a fall off in results. While they have succeeded in their original goal, they continue to strive to exceed their clients’ expectations. They are driven to find solutions to business and litigation issues. Shartsis Friese always look for the most effective and efficient way to achieve the optimal outcome for their clients.

Mr. P. Rupert Russell joined the Firm’s Corporate Department as a partner in 2005 (after having spent the prior eleven years at Morrison & Foerster in Los Angeles and San Francisco). He is admitted to practice law in the State of California and England. Since 1984, Mr. Russell has practiced as a corporate and securities lawyer, first in the London office of Clifford Chance (including assignments to its Amsterdam office and to Lloyd’s of London) and then in the London and Miami offices of Baker & McKenzie. His areas of expertise are corporate, mergers & acquisitions, debt financing, venture capital, corporate securities, investment funds & advisers and healthcare, agriculture, to manufacturing in transactions ranging in size from a few million dollars to over $40 billion. Mr. Russell also has expertise on advising international clients on investing in the U.S.

Mr. Russell now focuses on “middle market” transactions.  These have most recently varied from the sale of an online publishing business to a famous educational institution, to the acquisition by a large industrial conglomerate of a licensed transportation contractor, to the acquisition of various investment advisory businesses.

Mr. Russell advises NYSE, Nasdaq and OTC public company clients including on capital markets transactions, ranging from underwritten offerings for healthcare and medical device clients to recently a rights offering and shelf-takedown for an agricultural client.

Mr. Russell has been responsible for a long list of secured and unsecured commercial debt transactions for clients, including recently for clients involved in industries ranging from beer distribution to peer to peer lending and on complex bank credit facilities ranging from $2 million to more than $300 million.

Be the first to comment on "Top Attorney – P. Rupert Russell"