Tucson, AZ/Press/December 17, 2018 – John F. Munger, Attorney and Managing Member of Munger, Chadwick & Denker P.L.C., was selected for inclusion into the Top Attorneys of North America 2018-2019 edition of The Who’s Who Directories.

The accomplishments attained by Mr. John F. Munger in the field of Legal Services, warrants inclusion into the Top Attorneys of North America. 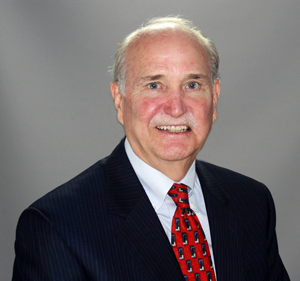 For more than four decades, Munger Chadwick & Denker P.L.C., has superbly served clients in Arizona, the Southwest, and globally. The Firm has law offices throughout the state in Phoenix, Tucson and the Green Valley, Arizona, area in a wide range of business legal matters including business law, including corporate, real estate, mergers and acquisitions,  employment law, and Homeowner Association Law, as well as intellectual property law, utilities law, and its Federal and State lobbying, international trade and immigration teams. In matters involving dispute resolution, The Firm is  recognized for its litigation strength, but also takes pride in working with its clients creatively and aggressively to resolve problems in ways that can prevent or avoid litigation and regulatory obstacles.

As an Order of the Coif  graduate, and Note Editor of the Arizona  Law Review  Mr. Munger  was also a  Lecturer-In-Law for Research and Writing, at the University of Arizona College of Law, 1973-1974, Mr. Munger hase authored many scholarly legal pieces, including the  “Importation of Mexican Produce Into The United States: Procedures, Documentation, and Dispute Resolution,” Arizona Journal of International and Comparative Law (2013); “Subpoena Versus Confidentiality Obligations for Appraisers,” The Appraisal Journal, January 1992; “Rights of Secured Creditors of Personality in Mexico,” 16 Arizona Law Review 767 (1975); “Constitutional Due Process in the Civil & Military Justice Systems,” 14 Arizona Law Review 344 (1972); “Sanctions for Incomplete Answers to Interrogatories,” Arizona Law Review 105 (1970); “Misdemeanor Compromise Statute,” 12 Arizona Law Review 162 (1970).

Mr. Munger has had a a long career in politics, running as recently as candidate for Governor of Arizona on the Republican Ticket, 2010. He was also President and Member of the Arizona Board of Regents, and Chairman of the Board of the Tucson Metropolitan Chamber of Commerce. He is a member and on the board of several civic committees.

Mr. Munger is also a member and twice a member of the Vestry of the St. Alban’s Episcopal Church, and is a member of the Tucson Country Club, Mountain Oyster Club.Mr. Munger served in the United States Army as Sgt., 2nd Infantry Division and Headquarters Eighth U.S. Army, Korea, 1970-1971. He won the Army Commendation Medal (for Meritorious Service);

Mr. Munger is married, with 5 children, 8 grandchildren;  He has a 1st degree black belt Shotokan in Karate;  and is an avid Horseman.

Be the first to comment on "Top Attorney – John F. Munger"