Upland CA/Press/December 7, 2018 – Brian G. Hannemann, Founder and Attorney of the Hannemann Law Firm was selected for inclusion into the Top Attorneys of North America 2018-2019 edition of The Who’s Who Directories.

The accomplishments attained by Mr. Brian G. Hannemann in the field of Legal Services, warrants inclusion into the Top Attorneys of North America. 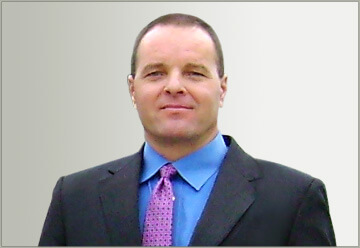 Hannemann Law Firm represents clients who live and work in Southern California in the city Upland, and throughout Riverside & San Bernardino Counties in the area of Sexual Harassment in a wide variety of conduct, ranging from making sexually suggestive comments to sexual assault. Acts of Sexual Harassment may be committed by those of both genders, and the perpetrators may be either male or female. The sexual harasser and victim may also be of the same gender. At Hannemann Law Firm they provide the highest quality legal representation and is dedicated to ensuring that their clients are always kept up to date regarding the status of their case. The primary goal is to obtain the best settlement or verdict possible for each and every client so they can move forward.

Mr. Hannemann founder of the firm, possesses extensive experience fighting zealously on behalf of the victims of Sexual Harassment. He is admitted by that State Bar of California, the United States District Court for the Central District of California and the United States District Court for the Southern District of California. Attorney Brian Hannemann is a ferocious litigator who never backs down from a case. When a client has been forced to endure Sexual Misconduct in order to earn a living, Mr. Hannemann will go after any business – no matter how large or small – in order to obtain justice for the victim. Brian Hannemann has an in-depth understanding of the laws pertaining to Sexual Harassment, as well as a proven track record of success!

A seasoned negotiator and trial lawyer, Brian Hannemann has more than 20 years’ experience as a tenacious legal advocate on behalf of clients who have endured Sexual Harassment at the workplace and has won numerous high dollar settlements and judgments on their behalves. When results matter, you need a Lawyer who will fight aggressively to get you the maximum monetary compensation! His secret to success has been in having fun and winning for his clients.

Be the first to comment on "Top Attorney – Brian G. Hannemann"