Syracuse, NY/Press/April 29, 2022 – Robert E. Lahm Founder and Managing Partner of Robert E. Lahm P.L.L.C. is recognized and distinguished in the Top Attorneys of North America 2022-2023 edition by The Who’s Who Directories. 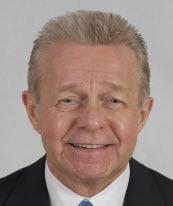 Robert E. Lahm P.L.L.C., attorneys at law, located in Syracuse, New York, has served clients since 1976. The firm has obtained many significant settlements and verdicts while representing thousands of clients. Their experience and expertise are exemplified by the numerous cases and precedents set by the firm in published case reports and trials throughout the state of New York. If your case cannot be resolved by a settlement, you can rest assured that the attorneys know the courtroom and have tried many cases to verdict before a jury.

Robert E. Lahm, Managing Partner at the firm has been prosecuting personal injury and negligence cases for 47 years. He is admitted to practice in the state of New York; The Commonwealth of Pennsylvania, the Federal District Courts in New York and Pennsylvania and the Federal 2nd Circuit Court of Appeals. The focus of Robert’s legal career from the beginning has been on negligence/personal injury, primarily in the areas of Wrongful Death; Medical Malpractice; Defective Products Liability; Construction; Automobile and Tractor Trailer Crashes and Highway Defects that are created or maintained by Municipal entities, State, County and Towns.

Robert is one of the leading trial lawyers in the State of New York. He has, over the years, won numerous multi-million dollar verdicts and settlements on behalf of his clients. He has been a Board Certified Civil Trial Advocate since 1995, which means that he has taken a separate Bar Examination administered by the National Board of Trial Advocacy to become certified. As one of the Founders of the New York State Academy of Trial Lawyers, he has been elected president. He is also a past president (1996-1997) of the New York State Trial Lawyers Association.

Robert is a well known expert on Trial Advocacy and frequently lectures on the subject. He has written exam questions for the Civil Trial Advocacy Bar Examination and has lectured at seminars for the New York State Bar Association, NYSTLA and other seminars. He is a frequent Lecturer for the New York State Academy of Trial Lawyers. He was also an Adjunct Associate Professor at the State University of New York Medical University for thirteen years.

After the September 11, 2001 attack on the World Trade Center, Robert and the firm joined with the Association of Trial Lawyers of America in forming Trial Lawyers Care (TLC). They represented several victims of the tragedy without compensation. The founding goal of TLC was to provide representation to the families of the victims who were killed and injured without compensation to the individual lawyers and law firms.

Robert is listed in the Personal Injury Law and Medical Malpractice sections of “The Best Lawyers In America,” and is a member of the prestigious Million Dollar Advocates.

Be the first to comment on "Top Attorney – Robert E. Lahm"