Pasadena, CA/Press/November 4, 2019- Robert Dourian, Founder and Attorney of the Law Offices of Robert Dourian was selected for inclusion into the Top Attorneys of North America 2019-2020 edition by The Who’s Who Directories. 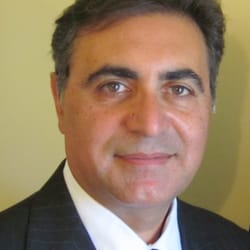 The Law Offices of Robert Dourian for over 24 years, has conveniently served clients in Pasadena, California, successfully handled various types of litigation matters resulting in substantial settlements and verdicts for their clients. The law firm handle all types of Personal Injury and Wrongful death claims, they handle Medical Malpractice, Product Liability, Insurance, Employment & Harassment claims, as well as Nursing home abuse cases, Government Tort claims and negligent supervision of school children. They also handle general litigation matters, including contract disputes, enforcement of insurance policies, construction defect, and contractor and construction disputes and claims. The true source and inspiration of the firms success has been representing clients who put their trust in them during their time of hardship and suffering. It is their passion to fight for fair and just compensation for injured victims and their families.

Robert Dourian founder and member of the law firm, is a Personal Injury and Civil Litigation Lawyer. He was admitted to the Bar of the District of Columbia, (Washington, D.C.) since 1991, and from 1984 to the present Admitted to the California Bar, and to the Federal Bar of the United States District Court, Central District in 1984, emphasizing litigation and trial. His practice areas are General Civil Litigation, Personal Injury; Premises Liability; Products Liability; Medical Malpractice; other Professional Negligence; HMD Misconduct; Wrongful Termination; Employment Law. In Discrimination cases: Sexual Harassment; Contract Breach and Disputes. Mr. Dourian’s secret to success has been in constantly learning new things.

Born in Marseille, France. Mr. Dourian moved to the United States in 1957 with his family, and raised in New York City until his family moved again to California in 1969. He graduated from Le Conte Junior High in Hollywood, California in 1970. Graduated from Grant High School in Van Nuys, California in 1974. He graduated from Los Angeles Valley College, AA degree in 1976, Graduating from U.C.L.A.. In 1979, he received his B.A, degree. From 1979 through 1983 worked full time as a law clerk for various law firms in Los Angeles, and during this same period, attended law school at San Fernando Valley College of Law (later known as University of La Verne-College of Law), graduating in 1983 with a Jurist Doctorate Degree in Law.

Be the first to comment on "Top Attorney – Robert Dourian"