The accomplishments attained by Mr. Clifford A. Meirowitz in the field of Legal Services, warrants inclusion into the Top Attorneys of North America. 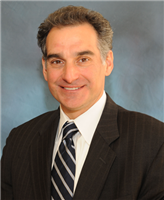 Law Offices of Clifford A. Meirowitz, conveniently serves clients in New York City and the surrounding areas, providing top quality legal advice and representation regarding estate planning, wills, trusts, planning for people with disabilities, guardianship, probate, estate administration and related litigation. The firm is familiar with entitlement programs such as Medicaid and our sensitivity to the problems and needs of seniors enable us to help families preserve their life savings while planning for the care of a spouse, a parent or loved one who has long-term health care needs.They care about their clients and believe in cultivating long-term relationships. They strive to maintain the dignity, independence and well-being of their clients and respond to them quickly with the consideration and respect that they deserve.

Clifford A. Meirowitz, founder of the firm since 1993, is a Trusts and Estates and Elder Law practitioner for over 25 years. He provides a comprehensive estate plan to help clients maximize the benefits of their assets while living and then to ensure that assets that remain after one passes are disbursed in accordance with that person’s wishes and with a minimum of taxation. Mr. Meirowitz successfully represented clients in Matter of Heller (Ratner), Matter of Warshawsky, and Matter of Turner (Loeffler), which all resulted in published opinions in the New York Law Journal.

Mr. Meirowitz was appointed in 2004 by the Chief Judge of New York State to serve on the Commission on Fiduciary Appointments, and is a founding member of the New York Presbyterian Hospital’s Planned Giving Advisory Council. Mr. Meirowitz testified before the New York City Council Joint Committees on Aging and Health regarding resources available to seniors in New York City. He has chaired and / or presented at various Continuing Legal Education classes for the New York County Lawyers’ Association, New York State Bar Association and the City Bar. He has received numerous appointments as court evaluator, guardian and attorney for the alleged incapacitated person in Guardianship proceedings and appointments as Guardian Ad Litem in Surrogate’s Court proceedings.

Mr. Meirowitz has spoken on elder law topics at community and advocacy groups including the Alzheimer’s Association, the Catholic Archdiocese of New York, the Jewish Community Center on the Upper West Side, Marble Collegiate Church, New York-Presbyterian Health Outreach, the New York Public Library-Science, Industry and Business Library and the 92nd Street Y. Mr. Meirowitz was co-chair of a Judicial Training Subcommittee of the New York County Supreme Court Guardianship Advisory Committee and spoke at the 2008 Summer Judicial Seminars.

Mr. Meirowitz was a contributing author to Elder Law and Guardianship in New York (Hon. Edwin Kassoff; West Practice Series, Thomson/West 2007) and assisted Todd E. Feinberg, MD and Winnie Yu in writing a chapter on legal issues facing seniors in What To Do When The Doctor Says It’s Early-Stage Alzheimer’s (Fair Winds Press, 2005). An article about the firm appeared in the January 11, 2008 issue of New York Law Journal. Additionally, Mr. Meirowitz has been quoted in The New York Times, the New York Law Journal, The Daily News and other newspapers and has written articles that appeared in various publications.

Mr. Meirowitz was voted as a top Elder Law Attorney in the 2009, 2010 and 2011 New York Metro Area Superlawyers listing. He was also selected for inclusion in the 2012 edition of the New York Area’s Best Lawyers publication.

Be the first to comment on "Top Attorney – Clifford A. Meirowitz"