Smithtown, NY/Press/October 23, 2018– Scott J. Kreppein, Attorney and Counsel with Devitt Spellman Barrett, LLP was selected for inclusion into the Top Attorneys of North America 2018-2019 edition of The Who’s Who Directories.

“I approach every aspect of my practice with pride, integrity, and professionalism.” – Scott J. Kreppein 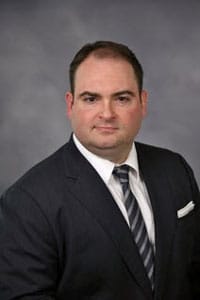 The law firm of Devitt Spellman Barrett, LLP practices in all New York state and federal courts, including Long Island, upstate New York, and the five boroughs of New York City. The firm provides legal representation in a wide range of civil and commercial matters, including insurance defense, contract disputes, insurance coverage, personal injury, defamation, products liability, construction, real estate and negligence-based claims. The firm also assists clients with probate litigation.The attorneys at Devitt Spellman Barrett, LLP are renowned for their success at the appellate level and are often contacted by attorneys and law firms seeking to refer a client to an experienced appeals lawyer. The mission of the firm is dedicated to excellence and continued professional growth to enable them to provide the highest quality legal representation and efficient service to their clients in accordance with the highest standards of the legal profession. Consequently, their reputation for integrity and professional distinction forms the bedrock of their success.

Mr. Kreppein joined Devitt Spellman Barrett, LLP in 2019. Prior to joining our team, he was a partner with another Long Island firm, concentrating in municipal defense. He has been admitted to practice law in the State of New York since 2007 and has handled municipal liability matters throughout his career.  During law school, he interned with the Port Authority of New York and New Jersey and the New York State Attorney General’s Office. He distinguished himself in the area of tort law, earning his school’s first-year award and graduation prize, as well as a position as a teaching assistant.

Mr. Kreppein started his career with a Manhattan firm where he gained state and federal trial and appellate experience. He was responsible for a wide range of municipal matters and other general civil litigation, including Section 1983 claims, special-relationship tort matters, premises liability, and employment disputes.

In 2010, he moved to a Suffolk County-based firm where, over time, he expanded his municipal experience to include Article 78 proceedings, administrative matters, housing, and real property issues, and other municipal litigation and consulting.  Among other accomplishments, in early 2019, Mr. Kreppein represented the County of Nassau in what the New York Law Journal lauded as a “landmark” housing discrimination settlement, successfully resolving a 14-year old policy- and practice-based Fair Housing Act claim that had been brought against the County by a group of non-profit entities.

Be the first to comment on "Top Attorney – Scott J. Kreppein"