Scottsdale, AZ WW/Press/August 7, 2019 – Albert L. Jacobs, Jr. Managing Partner at Albert Jacobs PLLC was selected for inclusion into the Top Attorneys of North America 2019-2020 edition by The Who’s Who Directories. 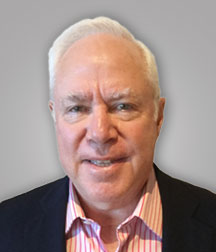 Albert Jacobs PLLC serves clients in the Scottsdale, Arizona area in a wide range of legal matters including Patent (Litigation both in the Federal Courts and 337 Actions at the ITC) and Trademark and Copyright counseling and services, and Mediation of Family Matters and general Commercial Contracts.

Albert Jacobs has more than 40 years of experience in every phase of Patent Law, he has spent the last 30 years litigating, Biotech, Pharmaceutical, Medical Device, Chemical and Business Method Patents, both before the Federal District Courts, the Court of Appeals for the Federal Circuit(CAFC) and the International Trade Commission (ITC). Mr. Jacobs presents a mediator who has rare combination of technical background, practical patent experience, and decades of actual litigation of intellectual property issues across the globe.

Mr. Jacobs has the distinction of being the only attorney who has ever invalidated a patent at the Court of Appeals for the Federal Circuit for a client on an appeal from an improvidently granted Preliminary Injunction. As a result there was no trial of the case. No one had ever done or accomplish that before or since.

While working for some of New York City’s largest and most prestigious General Practice firms both national and international, Mr. Jacobs has handled matters both nationally and globally throughout his career. He has served as the National Chair of Graham & James’s IP department and Greenberg Traurig’s International IP Department, and also served as the Local Managing Partner of Graham & James’s New York Office. He has defended clients in patent infringement cases as well as sued infringers with success. He was the first of a group of attorneys to participate in the ITC’s first 100 Day Proceeding dealing regarding the presence or absence of Domestic Industry in the context of packaging, especially alcoholic beverages. The defendants we among the world’s largest importers and the case dealt with the package and not the goods inside.

Mr. Jacobs is graduate of Harvard College (1961) and Columbia Law School (1964) where he was a Stone Scholar. He is a member of the Bars of the New York, Southern, Eastern, Northern and Western District courts, the 1st Circuit, the 2nd Circuit, the D C Court of Appeals, the 7th Circuit and the 9th Circuit as well as the Supreme Court of the United States. He is also registered to practice before the U.S. Patent and trademark Office.

He has been designated a Super Lawyer in his field the last several years by that Publication in New York. Currently, Mr. Jacobs is semi-retired, living and working in Arizona, and available for mediations nationally.

Be the first to comment on "Top Attorney – Albert L. Jacobs Jr."