New York, NY/Press/August 2, 2022– Gary A. Farrell Founder and Attorney of The Law Office Of Gary A. Farrell is recognized and distinguished in the Top Attorneys of North America 2022-2023 edition by The Who’s Who Directories. 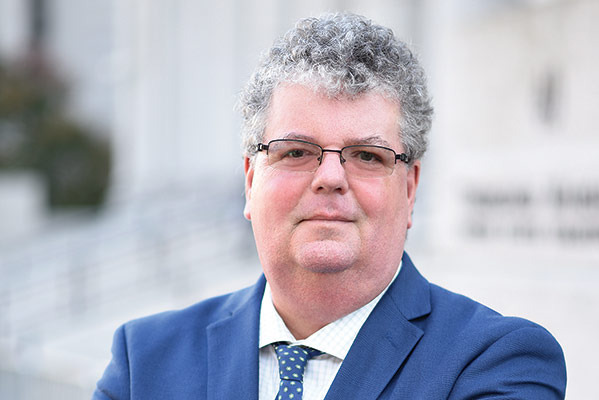 If you have been accused of a crime or believe that you may be the target of a criminal investigation, you know that your future is on the line. Gary A. Farrell founder of The Law Office of Gary A. Farrell, is an exceptional top rated criminal defense lawyer known for fighting relentlessly for his clients. He has achieved many remarkable successes on their behalf, winning acquittals on murder, rape, drug sales, gun possession, larceny, child abuse, extortion (in Federal court), assault, reckless endangerment and criminal mischief, among others. Gary Farrell’s reputation for producing favorable results for clients is known not only in Manhattan but also in Kings County (Brooklyn), Bronx County, Queens County, Staten Island, and Westchester County.

A leading New York Criminal Defense Lawyer Gary A. Farrell has been working in the criminal justice system for 30 years and can help you with your case. He is licensed to practice law in the state of New York, 1987, U.S. District Court, Eastern and Southern Districts of New York, 1992, the U.S. Court of Appeals, Second Circuit; and the U.S. Supreme Court; 2000. His trial practice is about helping people during tough times in their lives, whether they have been charged with misdemeanors, felonies, federal crimes, or white collar crimes. Gary Farrell says, “Let’s face it, people are fallible. They make mistakes. A lot of people have a lot of circumstances in their lives. There are mitigating factors, too.” Gary Farrell is a trial lawyer who believes that everybody deserves a break. He loves solving people’s problems.

Attorney Farrell is experienced in handling the challenges of complex criminal cases, including fraud, embezzlement, extortion, Medicaid fraud, RICO, credit card fraud, and identity theft defense. Gary has represented people accused in major organized crime cases in federal court. If he takes your case, it becomes his mission in life to get you the best possible result. Gary Farrell’s many reported cases are a testament to his determined and dogged defense work.

A former President of the Kings County Bar Association, Gary Farrell is a sought after legal commentator and has appeared frequently as an expert on Court TV and other legal shows. The New York media has covered his own courtroom successes widely. He is respected by his peers in the legal profession and Martindale-Hubbell, the nation’s oldest and most distinguished attorney rating entity, has awarded Gary a “BV” rating. The “B” stands for very high legal ability and professionalism and the “V” communicates very high ethical standards. Gary was also featured in New York Magazine in 2019.

Be the first to comment on "Top Attorney – Gary A. Farrell"