Los Angeles, CA/Press/April 29, 2022 – Tina B. Odjaghian Attorney and Founder of the Tina Odjaghian Law Group is recognized and distinguished in the Top Attorneys of North America  2022-2023 edition of The Who’s Who Directories. 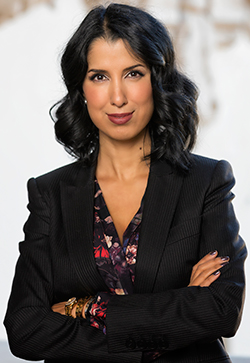 Through her aggressive approach in litigation, Ms. Tina B. Odjaghian has successfully secured over $100 million in settlements and awards on behalf of her clients.

If you sustained a traumatic brain injury and are now experiencing constant symptoms or cannot work due to your injuries, you may be entitled to compensation. A brain injury can be devastating and can lead to life-altering consequences, not only for the individual who suffered the injury, but also for their family.

Tina Odjaghian Law Group is a Los Angeles based law firm that specializes in catastrophic injury litigation, with an emphasis on brain injury. The practice specializes in personalized and aggressive prosecution of catastrophic injury claims on behalf of injured individuals suffering from brain injury, severe spinal cord injury, stroke and severe PTSD.

The firm attributes its success largely on the word-of-mouth recommendations of present and former clients, and fellow attorneys who know they can count on Tina B. Odjaghian to maximize the overall recovery for the client.

Tina B. Odjaghian is a renowned Traumatic Brain Injury (TBI) litigator who specializes in the complex mechanisms of brain injury, particularly those that occur in the workplace. Her unique combination of medical expertise regarding brain injuries, extensive experience and success in worker’s compensation legislation, and dedication to client rehabilitation make Mrs. Odjaghian one of the most highly revered TBI attorneys in Southern California.

Tina B. Odjaghian has secured over $250 million in settlements and awards on behalf of her clients in the past few years alone. On one of her most recent outstanding results, Mrs. Odjaghian obtained a $5,700,000.00 settlement on behalf of a 70-year-old worker who suffered a contested stroke on the job.

Mrs. Odjaghian remains very involved in the brain injury community and serves as a board member with the UCLA Department of Neurosurgery and Neurosciences. She repeatedly serves on educational panels and speaks to doctors, nurses, and fellow attorneys about the concussion protocol and nuances of litigating brain injury cases. She also served on the Board of Governors of the Armenian Bar Association where she was appointed to their Judicial Evaluation Committee.

Tina B. Odjaghian most recently founded Brain Society of California (“Brain SoCal”), a nonprofit organization and a distinguished network of medical-legal professionals she brought together to share ideas and educate other professionals about Traumatic Brain Injury (TBI). Mrs. Odjaghian and her fellow board members are dedicated to serving as a support structure to brain-injured individuals and raising the bar for catastrophic injury medicine and litigation industry-wide.

Be the first to comment on "Top Attorney – Tina B. Odjaghian"