Morristown, NJ/Press/February 9, 2018 – Dino Mambelli, Attorney and Owner of The Mambelli Law Firm was selected for inclusion into the Top Attorneys of North America 2018-2019 edition of The Who’s Who Directories. 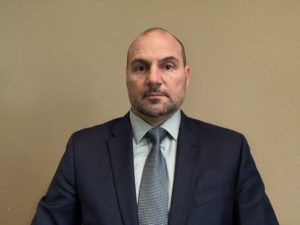 Over 25 Years of Experience on Your Side.

Dino Mambelli, Esq. serves clients throughout New Jersey.  Widely regarded by his peers as one of the top trial lawyers and with over 25 years of experience in Criminal, Civil and Municipal Matters.  He has achieved countless successes doing criminal defense in superior court and municipal court.  Likewise, in Civil Court he has earned millions of dollars for clients who have sustained injuries from Auto Accidents, Fall-Downs, and Work-related Accidents.

Dino Mambelli’s experience ranges from serious indictable felonies in superior court to traffic matters in municipal court for charges such as DWI, drugs, moving violations and driving without a license or insurance.  He is a former Associate Editor for National Trial Lawyer Magazine and has written and published articles with a national distribution on various topics including:  Criminal Law, Driving While Intoxicated, Tort Reform, Personal Injury Law and Responsibilities of Attorneys when representing clients on Medicaid or Medicare.

After interning at the Passaic County Prosecutor’s Office, Mr. Mambelli started his own private practice and has consistently maintained his own office, even while holding simultaneous positions with other firms as Partner or Counsel.  The successes he’s achieved on behalf of the thousands of clients he’s represented in over 25 years is a testiment to his outstanding character, work ethic, legal skills and commitment to excellence.

In his down time away from the courts, Mr. Mambelli likes to spend quality time with his wife and three sons.  He is into health and fitness and has participated in triathlons and likes martial arts, skateboarding, mountain biking and kayaking.

Be the first to comment on "Top Attorney – Dino Mambelli"