The accomplishments attained by Mr. Eric Buckner in the field of Legal Services, warrants inclusion into The Top Attorneys of North America. 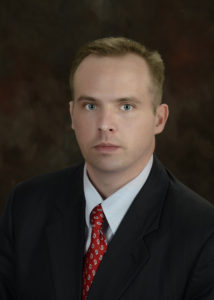 “Attorney Buckner puts himself in his clients shoes and treats each client individually. He always remembers that clients are more than just clients.”

Attorney Eric Buckner joined Katz, Kantor, Stonestreet & Buckner (formerly Katz, Kantor & Perkins, PLLC) in 2003 and currently serves as the firm’s managing partner. Eric has been the voice for victims injured by the negligence and wrongful conduct of others. Eric has sought justice for seriously injured clients and their families throughout Mercer, McDowell, Summers, Raleigh, Wyoming and Kanawha Counties.

Eric attended the West Virginia University College of Law. In law school Eric received the Ned and June Shott Law scholarship and a CALI award in Contracts II, an Excellence for the Future Award, by obtaining the top grade in his class. Upon graduating from WVU College Of Law in 2003, Eric was ranked within the top 25% of his class.

Attorney Buckner has been influenced early in life by the justice system, as his father and mentor, Harold Buckner, served Mercer County as Magistrate and Sheriff.

Be the first to comment on "Top Attorney – Eric Buckner"