Reno, NV/Press/November 19, 2019– Mr. Arnold Brock, Attorney/Adjunct Professor with The Law Offices of Arnold Brock, was selected for inclusion into the Top Attorneys of North America 2019-2020 edition by The Who’s Who Directories. 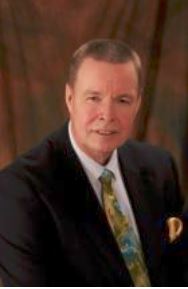 Attorney Arnold Brock has been practicing law since 1985.  For over 33 years Attorney Brock has been helping individuals with all of their litigation needs. He is highly rated and well reviewed by his past clients. The largest and certainly the most time consuming trial that he participated in was as defense counsel in the case of United States v. Baker, 10 F.3d 1374, (9th Cir. 1993). It was a drug trial of magnanimous proportions encompassing eleven years of investigation and 16 months of trial. There were in excess of 250 witnesses and thousands of pieces of evidence. His client received a very favorable outcome. It is this obvious passion for the legal system that has attributed the success of Attorney Brock.

Attorney Brock attended California State College in Sacramento receiving a Bachelor of Science Degree in Criminal Justice. Upon graduation, he moved to Reno, Nevada to attend the Nevada Highway Patrol Academy. After graduating from the Academy, he served as a Nevada State Trooper from 1976 to 1982. In 1982 while working as a State Trooper, he was accepted into the McGeorge School of Law at the University of the Pacific. Initially he commuted to Sacramento, California weekly to attend classes. Once fully immersed in law school, he temporarily left Reno and his position as a Nevada State Trooper and moved to Sacramento to complete law school. He then graduated from the McGeorge School of Law in 1985 with a Juris Doctorate Degree.

In 1990, the Dean of the Criminal Justice Department of the Truckee Meadow’s Community Collage asked Mr. Brock to teach in their Criminal Justice Program. Since that time, he has been teaching at TMCC and served as Coordinator for the Criminal Justice Department. Teaching has also become his passion. In addition to teaching at the Community College level, he has taught at the Police Academy. Mr. Brock enjoys seeing the success of his students; many of whom have gone on to become attorneys and legal professionals in Nevada. Additionally, he is the Past President of the Habitat for Humanity as well as a member and past president of Sparks Sertoma, a charitable organization providing for the speech and hearing impaired children of the community.

Be the first to comment on "Top Attorney – Arnold Brock"