Northfield, NJ/Press/January 19, 2018 – Mr. Andrew L. Miller, Attorney and founder of the Andrew L. Miller Law Office, was selected for inclusion in the forthcoming Top Attorneys of North America 2018-2019 edition of The Who’s Who Directories. 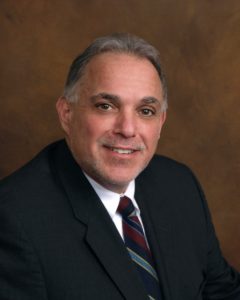 The law office, in the past, was considered a general practice. However, Andrew now concentrates his practice in the areas of Personal Injury, Bankruptcy, Real Estate and Zoning, Commercial Transactions, Estate Planning and Administration, and Municipal court (Traffic/DWI).

These areas of law make for a well diversified and comprehensive legal resource for the office’s past, present and future clientele. The practice has consistently grown since 1989 and has serviced thousands of clients over the years. In fact, Attorney Miller has handled over 4,000 matters of various types developing expertise in a wide range or legal areas including business and corporate matters both from the entity and principal’s perspective.

Attorney Miller is BV Rated by Martindale-Hubbell, the recipient of the Ethical Leadership Award, U.S. Tax Attorneys Association, 1989 and is also Listed in Who’s Who in American Law, 6th Edition.  He is a former Adjunct Faculty at Atlantic Cape Community College and  former City of Pleasantville Conflict Solicitor and Alternate Prosecutor.  Attorney Miller has represented as Solicitor Ventnor City Planning Board, Linwood Zoning, and has advised, prepared and assisted with implementation of new Ventnor City Master Plan.  Additionally, he has been voted Best of the Atlantic City Press, 2013, 2014, 2015 for Legal Services.