Chico, CA/Press/June 19, 2020 – Thomas E. Baker, (Inactive) attorney and founder of the Thomas E. Baker, Esq., Law Corporation, was selected for inclusion into the Top Attorneys of North America 2020-2021 edition by The Who’s Who Directories. 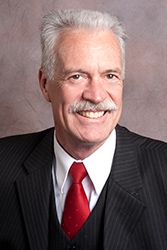 Since 1994, Thomas E. Baker, Attorney at Law has been providing clients with quality services. The primary focuses of the firm is estate planning including drafting wills and trust documents.  Mr. Baker is dedicated to providing dependable representation that is both efficient and effective. He understands that every clients has a unique set of needs, and his firm will provide you with the personal attention you deserve.

Mr. Baker attended the University of California as an undergraduate, with a major in History (B. A., 1972). The following year he received teaching credentials at the same university and began his career as a public school teacher.

During his tenure as a public school educator (1972-1992) he taught at levels ranging from K-12. He has also worked as a part-time instructor at Orange Coast Community College. He attended California State University at Chico to obtain credentials as a “Special Education Instructor” (1980-1981). Later still, he earned a separate “Resource Specialist” credential (1985). In 1998, Mr. Baker returned to Chico State to teach Business Law for two semesters.

Mr. Baker went on to attend Cal-Northern School of Law from 1986-1991 while continuing to teach. He graduated second in his class.

During the summers and after graduation from law school, Mr. Baker worked as a law clerk at the MINASIAN LAW FIRM (1990-1992) in Oroville, CA. This firm represents numerous water entities and is engaged in major water litigation throughout the state.

Within one year, the new firm of POULOS, FRUITMAN, ALVEY & BAKER (1994) was formed. This firm was an attempt to consolidate the law offices of FRUITMAN & ALVEY and CHARLES S. POULOS.

By June, 1994, Mr. Baker formed the LAW OFFICE OF THOMAS E. BAKER, when each of the four partners decided to move in different directions. He maintains an office in Paradise, CA. The areas of practice include: Family Law, Probate, and Personal Injury cases. He has participated in cases in at least 12 different California counties. Currently, his practice is mainly in Butte County.

Mr. Baker also enjoys classic autos, and has served as President of Cruisin‘ Classics of Paradise car club. He has been very instrumental in their successful annual event, “Cruisin‘ Paradise Car Show.”

Mr. Baker is also an avid musician, playing electric, acoustic, and bass guitar. He has participated in numerous musical eve , including Johnny Appleseed Days (an annual festival), the Paradise Farmer’s Market (a weekly summertime event), and musician for the popular, Gold Nugget Days (an annual celebration) Melodrama, “Perils in Pair O’ Dice” in 2003 to 2012. He continues to participate in this show each year, playing guitar and/or bass in the orchestra.

Be the first to comment on "Top Attorney – Thomas E. Baker"