Santa Fe, NM/Press/December 1, 2017 – Merit Bennett of The Bennett Law Group was selected for inclusion in the forthcoming Top Attorneys of North America 2017-2018 edition of The Who’s Who Directories. 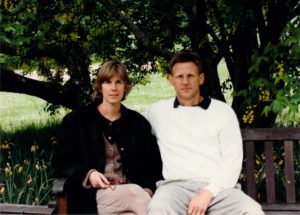 The achievements attained by Attorney Merit Bennett in the field of law warrants his inclusion into The Top Attorneys of North America.

The Bennett Law Group is a New Mexico limited liability company owned and operated by Merit, who in 1986 (after practicing law in Colorado since 1975) established a general practice in Santa Fe, New Mexico, which emphasizes representation in personal injury, civil rights and employment discrimination law.  Throughout his career, Merit has served clients  in a wide variety of legal disciplines, which allows him to view his clients ’ legal issues in a broader context that will ultimately enhance their legal outcomes.

Merit has been practicing law since he was admitted to the Colorado Bar in 1975.  Merit is also admitted to practice law in New Mexico and Hawai’i and has also been admitted pro hac vice to represents clients in cases filed in state and federal courts in California, Texas, West Virginia, New Jersey, Utah, Wyoming and Michigan.  Merit is also admitted to practice before the Federal Ninth Circuit Court of Appeals in Sacramento, California, the Tenth Circuit Court of Appeals in Denver, Colorado, and the United States Supreme Court.  Merit has testified in Federal District Court in Denver as an expert witness regarding New Mexico insurance bad faith law.

For the last twenty-five years, Merit has concentrated on representing those who are experiencing employment discrimination in the workplace (sexual harassment and gender, race, age and disability discrimination) and whistle-blowers exposing illegal activity.  Merit is also focused on helping those (or families of those) who have been injured or killed in auto/truck collisions.  Merit also has extensive experience representing victims of childhood/clergy sexual abuse (over 100 cases against the Catholic Church and other religious denominations) and victims of exposure to pesticides, mold, chemicals or other toxins.  Merit has, with his former partner, Steve Tinkler, obtained million-dollar jury verdicts in a sexual harassment case against Wal-Mart and in a pesticide exposure case against Terminix International.  In 2016, Merit obtained a multi-million dollar settlements against the Honolulu Police Department for race and gender discrimination against three of its police officers.  Merit is currently a co-counsel in class action litigation against Wal-Mart for gender discrimination which he and Mr. Tinkler commenced in 1999.  In 2004, Merit’s daughter, Talia Kosh, joined the firm and has expanded the practice to include art, trademark, copyright, entertainment and non-profit organization law.

Merit graduated from the United States Air Force Academy in 1969, with a Bachelor of Science Degree in Western European Area Studies and proficiency in French, German and Spanish.  Following his sophomore year at the Academy, Merit was selected to attend the German Air Force Academy in Neubiberg, Germany, (outside of Munich) as a summer exchange student. Following his junior year, Merit graduated from the United States Army Airborne (Parachute Training) School in Fort Benning, Georgia, and earned his Airborne Wings after 5 jumps in full battle gear. (Merit’s Army and Marine jump mates were training for the Viet Nam War battlefront where many of them would be killed or wounded.)  While at the Air Force Academy, Merit was a varsity wrestler and was the scrum-half for the varsity rugby team. Merit also gained accomplishments in judo and unarmed combat and earned the expert marksman medal. For the next twenty years following graduation from the Academy, Merit played fly-half for the Colorado Springs Rugby Club (Captain), for the Boston Rugby Club, for the American University Rugby Club in Washington, D.C., (Captain) and for the Denver Barbarians Rugby Club (Captain).  While playing for the Colorado Springs Rugby Club, Merit coached the Colorado College Rugby Team. Merit captained championship teams in the Denver National Rugby Sevens Tournament, in the Boston National Rugby Sevens Tournament and in the Aspen National Rugby Fifteens Tournament. Merit played on the Western United States All-Star Rugby Team and captained the Denver Barbarians Rugby Club when they finished Third in the U.S. National Rugby Championship.  Merit also toured in England, Ireland, Northern Ireland and France with an All New England rugby team.
Merit earned a Master’s Degree in Political Science from the University of Colorado in 1972. His Master’s Thesis was entitled “The Assistant to the President for National Security Affairs: the development of the Role of This Executive Office in the Decision-Making Process and its Impact on Governmental Operation.” For this Thesis, Merit interviewed Clark Clifford, lawyer and political advisor to Preside Harry S. Truman, John F. Kennedy, Lyndon B. Johnson and Jimmy Carter, in Washington, D.C.  Mr. Clifford’s official positions wereWhite House Counsel (1946-1950), Chairman of the President’s Intelligence Advisory Board (1963-1968) and Secretary of Defense (1968-1969). Merit also interviewed Dean Rusk at the University of Georgia in Athens, Georgia.  Mr. Rusk was the U.S. Secretary of State from 1961 to 1969 under Preside John F. Kennedy and Lyndon B. Johnson.
Merit earned a Law Degree from the Washington College of Law at the American University in Washington, D.C., in 1975.  His Law review Research Topic was “The Entrapment Debate: From Sorrells and Sherman to Russell.” He was awarded the Washington College of Law Best of Clinical Program Award at graduation. (He was one of three students to participate in the first Clinical Semester Program initiated by an area law school in the Maryland State’s Attorney’s Office under the supervision of visionary Law Professor Elliott S. Milstein. (Professor Milstein later became Dean of the Law School.)  Merit prosecuted criminal cases under the supervision of an Assistant State’s Attorney in Prince George’s and Montgomery Counties, Maryland.  Merit’s participation was full-time (4 days per week), and he handled daily dockets of up to 65 misdemeanor cases.)
Merit has also taught a Continuing Legal Education Ethics Course for the New Mexico State Bar and has authored two books “Law and the Heart, A New Paradigm” and “Legal Professionalism, Fifty Words That Strike the Heart.” 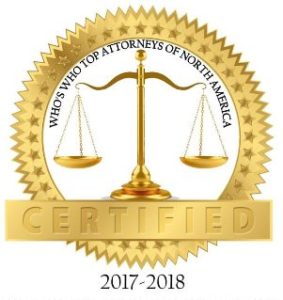 Be the first to comment on "Top Attorney – Merit Bennett"