Jacksonville, FL/Press/April 1, 2020 – Eric S. Block, Attorney at Morgan & Morgan P.A. was selected for inclusion as a President’s Circle Member into Top Attorneys of North America 2020-2021 edition of The Who’s Who Directories. 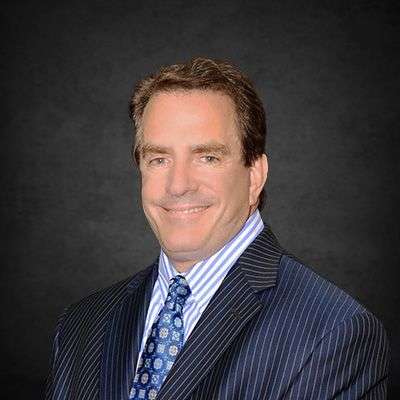 “I am an advocate for those injured by the negligence of others.” – Mr. Eric S. Block

Founded by John Morgan in 1988, The law firm Morgan & Morgan established its first office in Orlando, Florida.  They have expanded to include offices in Florida, Atlanta, Alabama, Mississippi, Arkansas, Tennessee, New York, Boston, Pennsylvania and Louisiana. The firm has grown to include nearly 420 attorneys, 305 paralegals and a support staff of about 2,000 people.

Erick Block admitted to practice by The Florida Supreme Court for all Civil Circuit Court disputes, the United States Federal Court, Middle District, and repeatedly appeared before the Court of Appeals, First District and has special certification for Family Law disputes. He has been specially admitted to practice in states other than Florida, is an accomplished personal injury attorney and longtime Jacksonville, Florida, resident. Mr. Block has extensive trial experience in business disputes and criminal law. He’s won 202 jury verdicts in his more than two decades advocating for the people — many of those victories worth a million dollars or more.

Prior to joining Morgan & Morgan in 2017, Mr. Block owned and operated his own successful law firm in Jacksonville, representing clients in automobile, truck, and bicycle accidents, in addition to those who suffered brain and spinal cord injuries. Among his wins is a $7.8 million knee-injury verdict and a $5 million verdict for a woman injured by falling vending machines.

The son of a U.S. Navy captain fighter pilot, Mr. Block is a graduate of the Nova University Center for the Study of Law in Fort Lauderdale, earning his Juris Doctorate and starting off a career advocating for those injured by the negligence of others. He is a founding member of the Jacksonville Justice Association, a non-profit organization that provides plaintiffs’ attorneys with education and resources to enhance their trial practice. He has served as one of the organization’s early presidents and board of directors. He is also an Eagle Member of the Florida Justice Association and Association of Trial Lawyers of America and is an AV rated attorney by Martindale-Hubbell, Super Lawyers 2013, 2014, 2015, Million Dollar Advocates Forum, Book Award from Nova University.

Mr. Block feels no trial lawyer can ever guarantee success. However, your chances of winning are significantly increased when you are represented by an aggressive, experienced and successful trial lawyer. If you’ve been injured and are looking for justice, contact Mr. Block’s office today for a free, no-risk case review.