San Rafael, CA/WW Press/November 10, 2017 – Gregory R. Brockbank, Owner and Attorney of Marin Law Center was selected for inclusion into the Top Attorneys of North America 2017-2018 edition by the Who’s Who Directories.

Greg Brockbank, the current owner of Marin Law Center, has been practicing civil law in San Rafael since 1985. He has also been a civic and political activist in Marin during those 26 years, including eighteen as an elected member of the College of Marin Board of Trustees, and four years as a San Rafael City Council member. He joined Marin Law Center as managing partner and is now the owner. In his early years in practice, landlord-tenant law made up the largest part of his practice, but the number of family law (divorces) cases now outweighs landlord-tenant cases; living trusts have, in recent years, become an increasing part of the practice as well. Greg also does other general civil litigation and transactional work, including contracts, name changes, and administrative law.

Greg’s “other” career as a civic activist began with Marin’s anti-nuclear movement, when he served on the Executive Board of Marin’s then-prominent progressive organization – Marin Sane Freeze, while he was still in law school. Since then, Greg has served on the boards of several dozen other civic and political organizations and chaired more than a dozen, including the San Rafael Housing Corporation, the Leadership Institute of the San Rafael Chamber of Commerce, the Citizens’ League of Marin, the Human Race Steering Committee, the Marin Democratic Club, the Social Justice Center of Marin, the Marin Chapter of the ACLU, the Social Justice Center of Marin and, most recently, the Marin Democratic Party and the statewide Board of Health Care for All—California, which advocates for a single-payer health care system. He also served on numerous boards and committees during his service as elected official, and currently serves on a number of new boards.

However, Greg rarely mixes his politics with his law practice. He never asks about the politics of his clients, and they rarely ask about his. While, contrary to popular perception, political clout does not bring more favorable court decisions, Greg does pride himself in knowing almost all the judges, the ins and outs of courtroom practice, and most of the active local attorneys. Greg views his law practice – providing affordable legal advice and representation to a wide variety of people – as part and parcel of his life of public service. 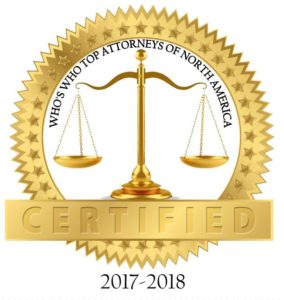 Be the first to comment on "Top Attorney – Gregory R. Brockbank"