Palm Desert, CA/WW/Press/September 8, 2017 – Shannon Goldstein, Attorney with the Law Office of Michael B. Goldstein was selected for inclusion into the Top Attorneys of North America 2017 edition by The Who’s Who Directories. 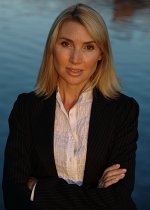 The Law Office of Michael B. Goldstein, is a Professional Law Corporation,  focused on comprehensive defense of serious driving charges, including DUI charges and DMV hearings throughout the Indio, San Bernardino, Palm Springs and Palm Desert area. Attorney Shannon Goldstein, along with her husband attorney Michael B. Goldstein will fight for the rights of clients facing criminal charges or traffic violations as well as driver’s license suspension hearings. Fighting for the rights of clients is what it takes to win cases, protect your right to drive and fight for the best outcome possible in your case. The firm also provides criminal defense for a wide range of criminal charges, including domestic violence, theft, drug charges and warrants . At the Law Offices of Michael B. Goldstein, the firm believes it is equally important for anyone facing a serious traffic violation or DMV suspension to have access to the same aggressive, experienced representation.

Shannon Goldstein has been practicing law since 1994. She was admitted by the California State Bar, 1993 and the Federal Court, Central and Southern District, 1994.Her area of expertise is criminal defense with an emphasis on Dui Defense…. on all aspects of the practice: including motions and jury trials. After interning at the DA’s office during law school, where she learned how prosecutors operate-knowledge she now puts to use alongside her husband, on all aspects of the practice, including but not limited to appearances, research, writing, hearings, motions and trials. Shannon Goldstein earned extensive additional experience as a criminal defense attorney in Sherman Oaks before moving to Palm Springs in 1998.

Ms. Goldstein received her B.S., Santa Clara University, 1990, her J.D.., McGeorge School of Law, 1993. She is a member of the CACJ (California Association of Criminal Justice); CDLA (California DUI Lawyers), Desert Bar Association Member Since: 1998,. She was awarded the DUI Award from Palm Springs Life as a Top Lawyer.

She met Michael at the Joshua Tree Courthouse, while appearing on unrelated matters, and the rest, as they say, is history.

Happily married, Shannon worked as an associate for a highly reputable criminal defense and civil litigation firm in Palm Desert from 1998 to 2003. There, she practiced almost exclusively criminal defense with an emphasis on DUI law.

Michael and Shannon are now blessed with two children, Matthew and Hailey.

Her secret to success has been aggressive advocacy while acknowledging the merits of negotiation and compromise in her quest to achieve the best outcome for each and every clients she represents .

The Who’s Who Directories, a New York based biographical publication company, distinguishes and profiles leading professionals who demonstrate recognizable success and leadership in their field. The directory is valued for promoting awareness of individual accomplishments and achievements within the North American community.

Be the first to comment on "Top Attorney – Shannon Goldstein"