Providence, RI/WW Press/March 18, 2019– Robert J. Levine, Founder, Owner & Attorney of Rob Levine & Associates was selected for inclusion into the Top Attorneys of North America 2019-2020 edition by  The Who’s Who Directories. 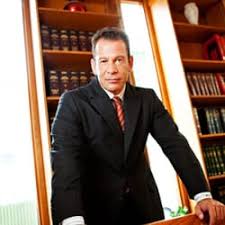 Rob Levine & Associates is a personal injury law office conveniently serves clients in Providence, Rhode Island, in a wide range of legal matters including personal injury, social security disability and VA disability. The firm has a strong, exceptional team of lawyers making sure their clients get the justice they deserve. They pride themselves on wanting to be a part of your success and having a reputation for being dependable and trustworthy for both their clients and their employees – who they consider family.

Mr. Robert J. Levine, a former military police officer, founded this firm over 15 years with a strong tradition of service to his community and country. He believes that his clients deserve the highest-quality representation and he has established this throughout his firm. He is committed to helping people in a timely  manner and he loves doing it. He has one of the most aggressive approaches to personal injury litigation in the area. His will power earned him the title “The Heavy Hitter” in Providence and beyond.

Mr. Levine received his B.S. Bachelor of Science in criminal Justice, Administration of Justice and his J.D. Juris Doctor from the Roger Williams University School of Law. He is a member of the Massachusetts Bar, Rhode Island Bar and Connecticut Bar Association. At sixteen, Mr. Levine became part of the Glen Rock Volunteer Ambulance Corps, holding a position of EMT (emergency medical technician). He was promoted within a year to Crew Chief. During his nine years of commitment and dedication, he rose through the ranks to become second-in-command of a fifty-person rescue squad. This was the beginning of his call to serve.

The next phase of Rob’s career took him to college for Administration of Justice and to the Rhode Island Army National Guard. There he served three years as a military police officer.  After his national service and graduating from college, he took a step toward serving the community.  He was hired as a police officer by the Central Falls Police Department. Seeing the many needs of the citizens of Central Falls during his first six months on the force, Rob decided it was time to do more. He began a writing project for a grant and secured sixteen thousand dollars for the department’s first K-9 Drug Enforcement unit. Upon his appointment as the K-9 Officer, he went to California for formal training. In addition to his patrol duty, Rob and his dog were instrumental in fighting the ever-present drug problem in the city.

After retiring from the police department Mr. Levine began to practice law continuing to help those in need. Rob also continued to feel the need to serve the community as a volunteer and became a Ski Patroller. Not being fully satisfied with his medical background as an emergency medical technician, Rob went back to school to become a paramedic. Rob now works and volunteers his time as a paramedic, riding on an ambulance, trying to make a difference.

Be the first to comment on "Top Attorney – Robert J. Levine"