Boonton, NJ/WW Press/September 20, 2017– Joseph D. McGlone (Deceased), Attorney with McGlone, McGlone, & Belardinelli was selected for inclusion in the forthcoming Top Attorneys of North America 2017-18 edition of The Who’s Who Directories. 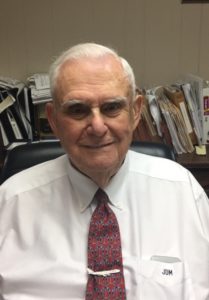 Joseph D. McGlone practiced law since 1955. He was admitted to practice in New Jersey in 1955; also the Federal Courts and the U.S. Supreme Court. He worked along side his daughter Marianne J. McGlone and son-in-law Daniel A. Belardinelli who joined him in the firm. The law firm McGlone, McGlone & Belardinelli is a general practice with a focus on trusts and estates, wills and probate matrimonial, and zoning.

Mr. McGlone received his B.S. from Seton Hall University 1951; and his J.D. from Fordham University 1955. He is AV Rated by Martindale Hubbell.

The secret to Joseph’s success is his passion for the law and clients.

Be the first to comment on "Top Attorney – Joseph D. McGlone"