Richmond Hill, NY WW/Press/September 1, 2017 – Janet O. Fashakin, Attorney & Owner of Fashakin & Associates was selected for inclusion into the Top Attorneys of North America 2017 edition by The Who’s Who Directories. 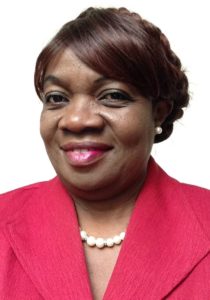 Janet Fashakin is a seasoned attorney, an experienced attorney of over two decades in practice, and a member of many professional organizations. Attorney Janet Fashakin started her law practice in New York, in 2001. She has vast knowledge in law, keen understanding of complex issues and gives personal attention and compassion to her clients in  her practice areas which include immigration, divorce law, family law, child support, child custody, criminal law, and foreclosures.

She received her bachelors degree in law from the prestigious Obafemi Awolowo University in Nigeria, her Master’s degree in Law from Yeshiva University, Cardozo School of Law in New York and proceeded to do her doctorate studies in Criminal Justice at Walden University in Baltimore, USA.

Janet was appointed as a Guardian Ad Litem for the State of NY to represents the interest of the unknowns and the Incapacitated in Probate matters and  is also a Small Claims Court Arbitrator. She was a former Adjunct Professor of Law at Briar Cliffe College in Long Island, New York. She is a member of The Association of Trial Lawyers of America (ATLA); National Association of Criminal Defense Lawyers (NACDL); Queens Bar Association; New York Bar Association among others.

A multi-professional, Janet is a  New York licensed Registered Nurse, a Certified Realtor and a member of the Certified Public Administrators of USA. She is very fluent in Yoruba and English.

Attorney Fashakin has received many awards in the course of her professional career notable among which are  the Stratford Who’s Who in 2006, Top Ten Attorneys in  Client Satisfaction by the American Institute of Family Law and as an Avvo rated attorney.

Janet takes delight in representing people from diverse backgrounds regardless of race, religion or social status.

Ms. Fashakin is a devoted mother and grandmother, and in her spare time she enjoys walking, reading and singing.

Be the first to comment on "Top Attorney – Janet O. Fashakin"