Miami, FL WW/Press/June 16, 2017– Lucius Smejda, Principal Attorney of the LEX International Law Firm, P.A. was selected for inclusion in the forthcoming Top Attorneys of North America 2017 edition of The Who’s Who Directories.

The accomplishments attained by Mr. Lucius Smejda in the field of Legal Services warrants inclusion into The Top Attorneys of North America. 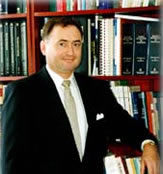 The Lex International Law Firm, P.A. focus on the jurisdictions of Europe and North America as well as world-wide. They maintain excellent relationships with renowned legal, fiduciary, banking, trust and accounting firms. They seek to render the finest legal services to their clients , nationally and internationally and strive to maintain the complete confidentiality of their clients ‘ affairs.

Be the first to comment on "Top Attorney – Lucius Smejda"