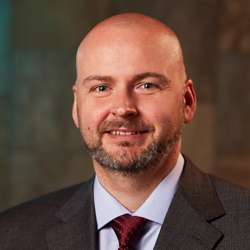 John W. Campbell, Jr., a principal in the law firm of Schenk Annes Tepper Campbell Ltd., has been practicing law in Illinois since 2001.  John focuses his practice on business and corporate law, commercial real estate, nonprofit and charitable organizations, and commercial and general litigation.

Throughout his career, John has appeared before numerous state and federal courts, and various state and local administrative bodies and mediation/arbitration panels.

John is a member of the Chicago Bar Association and the American Bar Association (including the Sections on Real Property, Trust and Estate Law and Tort Trial & Insurance). John also serves as a director for the Center of Law and Social Work, an Illinois not-for-profit organization.

Be the first to comment on "Top Attorney – John W. Campbell Jr."