Chicago, IL WW/Press/October 13, 2022 – Edward M. Fox, Attorney with Ed Fox & Associates, Ltd.  is recognized and distinguished in the Top Attorneys of North America 2022-2023 edition by The Who’s Who Directories. 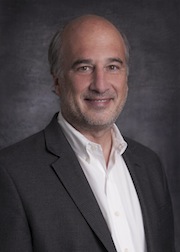 Mr. Fox has been practicing law for the past 30 years. He is admitted to in Illinois, California, U.S. District Court Northern District of Illinois Trial Bar, U.S. District Central District of Illinois, U.S. District Court Central District of California, U.S. Court of Appeals 7th Circuit, U.S. Court of Appeals 9th Circuit. Ed’s trial experience includes many trials in police brutality, employment discrimination and nursing home abuse cases. Ed Fox received his undergraduate degree from the University of Illinois in 1976 and obtained his law degree from Southwestern University in 1985. At Southwestern, Ed graduated near the top of his class after winning a national moot court competition.

With the recent rise of police retaliation, Edward is involved in a two hour documentary called The Talk Race In America, an ongoing discussion about race in America that is taking place in homes and communities across the country between people of color and their children, especially sons, about how to behave if they are stop by the police.

Ed has always worked for those whose rights were violated by those in a position of trust or authority, such as nursing homes, police officers and employers. His work philosophy is to litigate his cases aggressively, communicate with his clients to provide what they want and come to an understanding of what is reasonable, and to undertake whatever time and expense is necessary in order to do the best job possible. That is not only Ed’s philosophy but also the philosophy of his firm.

Be the first to comment on "Top Attorney – Edward M. Fox"