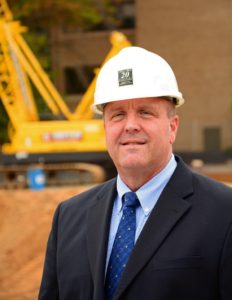 Mr. Jones’ education includes a Bachelor of Science in Architecture degree from The Catholic University of America in 1982, and a J.D. degree from Washington University in 1985. His studies in Architecture included a post-graduate concentration in construction management. With this background, he has a keen ability to understand and comprehend the work of numerous different construction trades, and construction CPM scheduling. This enables Mr. Jones to work well with construction clients , engineers and consultants , who respect his style and simplified manner for presenting technical construction information. Mr. Jones is licensed in Maryland, the District of Columbia and Virginia and is admitted to practice in the local courts of each jurisdiction as well as the U.S. Federal District Courts for the Eastern District of Virginia, Maryland, the District of Columbia, and Colorado. He is also admitted in the U.S. Court of Appeals for the Fourth Circuit and the Eleventh Circuit as well as the U.S. Supreme Court. Given his practice in federal government construction litigation, Mr. Jones is also admitted to the U.S. Court of Federal Claims and the U.S. Court of Appeals for the Federal Circuit.