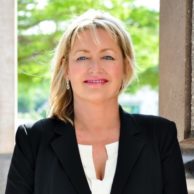 The accomplishments attained by Ms. Tina Gehres, in the field of Legal Services, warrants inclusion into the Top Attorneys of North America.

Tina K. Gehres is the President and founder of Gehres Law Group, P.C., a full-service law firm which she formed to provide quality legal services to businesses and individuals in the state of California. With more than two and a half decades of legal and business experience, Ms. Gehres has held a broad range of roles including Corporate Counsel, Director of Human Resources, Law Firm Partner, Legal Consultant, and Senior Accountants. Today, she has positioned herself as a valuable asset to clients as a business and employment law attorney in Southern California. Ms. Gehres has been a licensed attorney since 1997 and is licensed to practice law in the states of California, Michigan, and Missouri. She is also admitted to practice law in multiple federal courts. She attended St. Louis University School of Law from 1994-1997, where she was a Dean’s Scholar and graduated cum laude. She received a specialized certificate in labor and employment law as well as recognition by the American Bar Association and Bureau of National Affairs, Inc. for Excellence in Labor and Employment Law. Ms. Gehres is also a member of Lawyers of Distinction, recognizing her as a top 10% performing attorney. She is active in her community as a mentor for the Clairemont High School Business Academy and a board member for the AOBT Foundation, which supports the Academy. When not at work, Ms. Gehres enjoys tennis, bicycling, gardening, traveling, and spending time with her family.

Be the first to comment on "Top Attorney – Tina Gehres"