Berkeley, CA/Press/March 17, 2022 – James B. Chanin, Attorney, at The Law Offices of James B. Chanin, Esq is recognized and distinguished in the Top Attorneys of North America 2022-2023 edition by The Who’s Who Directories. 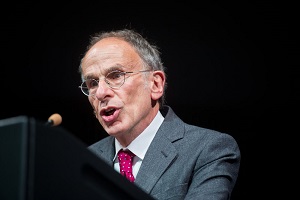 “I became an attorney because I wanted to help people. I am not satisfied until I know that I have done everything possible to help my clients attain the result they deserve.” – James B. Chanin, Esq.

Jim Chanin is a well known prominent attorney who specializes in Civil Rights, Police Misconduct, Personal Injury and Business Litigation. He expanded his practice through the years to include car accidents, police officers with claims against their departments, victims of violent crimes who sued their perpetrators, people who have been poisoned by toxic emissions, and victims of fires and explosions.

Having a growing interest in civil rights and police issues, Mr. Chanin pursued a career to become a lawyer. With over forty years of experience, he knows that it takes time, tenacity, and resources to get the right solution. When he takes on a case, he is ready to make that commitment.

Mr. Chanin played a very important role in police misconduct when he was part of a group that successfully established a Police Review Commission (PRC) for the City of Berkeley. He served on the first Commission starting in 1973 and was twice elected Chairperson of the Commission. He helped establish the PRC’s complaint procedures and assisted in crafting several important policy decisions relating to the Hostage Negotiation Team, Mutual Aid and the meaningful integration of the Berkeley Police Department.

He has lent his legal services counseling dozens of people who have lost their jobs and want a legal review of their termination agreements, and he provided hundreds of hours of free advice to people in need.

Among Mr. Chanin’s most Notable Cases are the Allen v. City of Oakland, Case N0. 3:00-cv-04599 , in response to a pattern and practice of civil rights abuses by members of the OPD who became known as the “Riders.”; Scott Olsen v. City of Oakland, et al. (2011-2014); Estate of Amaro v. City of Oakland, et al. (2009-2011); Oliver V. City of Oakland (2008-2010) a class action lawsuit against the City of Oakland, involving warrants obtained by false and incorrect information; Smith Class Action (2006-2008) obtained a settlement in excess of 2.2 million dollars on behalf of Asian. women who were victimized by an on-duty Oakland Police Officer; OPD Excessive Force Against Iraq War Protestors and Innocent Bystanders at the Port of Oakland; and T.P. v. County of Madera, where an underage boy was forced to have sex with a high ranking officer in the Madera County Department of Corrections.

After two years at George Washington University, Mr. Chanin transferred to the University of California, Berkeley, where he received three degrees, a BA in 1969, an MA in 1971, and a Ph.C in 1973. He subsequently graduated from USF Law School in 1977 and was admitted to the State Bar of California that same year.  Jim has been a member of the Alameda County Human Relations Commission and was a member of the City of Berkeley/University of California Committee that met regarding Berkeley’s People’s Park from 1990 to 1994. Mr. Chanin received a Certificate of Appreciation for providing free legal services to victims of the Oakland fire in 1991, and received an official Mover and Shaker Award from the Mayor of the City of Berkeley in 1994.  He has been selected for inclusion in Super Lawyers for a number of years starting in 2007.

Be the first to comment on "Top Attorney – James B. Chanin"