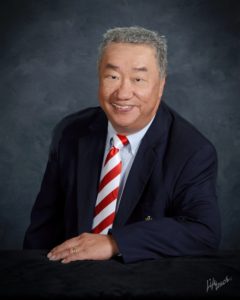 The accomplishments attained by Mr. Charleston Wang, in the field of Legal Services, warrants inclusion into the Top Attorneys of North America.

Charleston Wang provides counsel and assistance in most immigration and naturalization law matters and procedures, including family sponsored and employment based immigration (legal permanent resident LPR or Green Card status), temporary visas, temporary workers, asylum and refugee protection, agency adjudication interviews, and administrative hearings. He appears on behalf of individuals in the federal immigration agencies, the U. S. immigration courts, and during proceedings in habeas corpus, mandamus and coram nobis before the United States District Courts and in federal appellate practice. In addition to immigration and nationality law, Mr. Wang provides professional legal counsel on general corporate matters, and more specifically on matters involving OSHA, EPA, environmental, industrial hygiene, workplace safety and health, worker’s compensation, administrative law. He has successful tried a number of cases to the jury. Charleston received his M.B.A. from Xavier University and his J.D. from Salmon P. Chase College of Law, where he was Associate Editor of the Northern Kentucky Law Review. He is admitted to practice before the Supreme Court of Ohio and to various federal district courts, the U.S. Court of Appeals for the Sixth Circuit and the Supreme Court of the United States.

Be the first to comment on "Top Attorney – Charleston Wang"