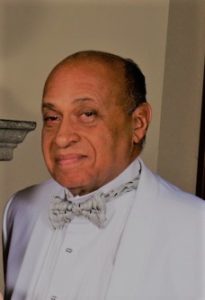 David Bythewood established his law firm and was admitted to the bar in 1984. His experience and expertise as a lawyer includes corporate governance, fiduciary responsibility, contracts, trademarks, the constitution, civil rights, employment, torts, trial advocacy, and criminal defense. Two of his most well publicized criminal defense cases were his successful defense of Joseph Gambino in a case referred to as the “AKA Gas Scam Case” and his defense of Roland Davis, a member of the Board of Directors of the Guardian National Bank, after it was seized by the F.D.I.C. and F.B.I. in June of 1990. At Libya’s request, the U.S. granted to Mr. Bythewood a special license to represent the Nation of Libya in the USA. Otherwise he has appeared as a legal commentator on Fox, CNN, MSNBC, and Court TV.

In 2016, The Amistad Black Bar Association awarded Mr. Bythewood its Trailblazer Award as its “Man of the Year.” In 2019, he was recognized by The National Trial Lawyers as one of The Top 100 Criminal Defense Lawyers in New York. Recently, Mr. Bythewood was awarded the 2021 Distinguished Lawyers, Top Lawyers of North America and is in the Who’s Who of both Cambridge and Marquis.

Be the first to comment on "Top Attorney – David A. Bythewood"