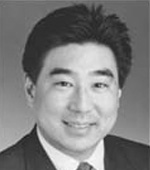 Aaron Owada focuses primarily on labor and employment law, though he has worked in a diversity of areas in past. He represents employers in regard to citations from Washington State Safety Act (WISHA) and Occupational Safety and Health Administration (OSHA).

Be the first to comment on "Top Attorney – Aaron K. Owada"