New Orleans, LA  WW/Press/February 11, 2022 –Frank G. DeSalvo, Attorney with Frank G. DeSalvo, APLC, is recognized and distinguished in the Top Attorneys of North America 2022-2023 edition by The Who’s Who Directories. 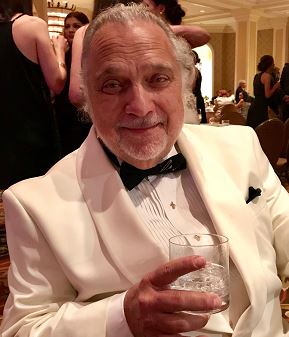 Frank DeSalvo has been practicing law for over 50 years and is recognized as one of the best criminal lawyers in the field. In addition to criminal law, Mr. DeSalvo’s  also offers services in personal injury and various other legal areas. Preparation is Attorney DeSalvo’s key to success. He worked for the Public Defender’s Office from 1973-1979 and was previously a law clerk for the Criminal District court representing over ten Judges.

Mr. DeSalvo received his J.D. and B.A. from Loyola University in New Orleans. He attended Naval Justice School at the University of Charlottesville and also attended judge school at the University of Virginia in Charlottesville. He is a member of the Louisiana Association of Criminal Defense Lawyers, National Association of Criminal Defense Lawyers and the Louisiana Bar Association. He has been admitted to practice in multiple United States District Courts as well as the United States Supreme Court. Mr. DeSalvo represented the police association for over twenty five years. In addition Mr. DeSalvo was in the military as a lawyer serving in the Vietnam War. He holds the coveted AV rating by Martindale-Hubbell for over two decades.