Irvine, CA WW/Press/August 1, 2022 –Larry T. Pleiss, Attorney with Pleiss, Sitar, McGrath, Hunter & Hallack, is recognized and distinguished in the Top Attorneys of North America 2022-2023 edition of The Who’s Who Directories. 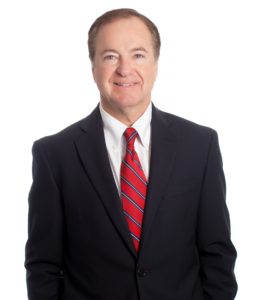 Larry Pleiss Managing Partner at Pleiss Sitar McGrath Hunter & Hallack, has almost 45 years of experience defending healthcare professionals and governmental entities, and has argued cases before the United States and California Supreme Courts. He has achieved the rank of Diplomat, the highest ranking of the American Board of Trial Advocates, which he has been a member of since 1987 and has tried and arbitrated disputes as lead counsel in over 185 cases.

Mr. Pleiss has been called on to speak on such topics as trial skill and defense strategies with the California Continuing Education of the Bar, University of California, Orange County Bar Association, Orange County College of Trial Advocacy, American Board of Trial Advocates, and The Rutter Group. Mr. Pleiss also serves on numerous hospital bioethics and quality of care improvement committees in the Southern California community.

Mr. Pleiss concentrated his undergraduate and graduate studies in economics and marketing, and was a member of Alpha Gamma Sigma and Beta Gamma Sigma Honor Societies. At Pepperdine University School of Law, Mr. Pleiss was a member of Law Review and Moot Court Honor Board. He received American Jurisprudence awards in Torts, Evidence, and Civil Procedure and was published in Law Review [“Deceptive Advertising and the FTC: A Perspective,” Pepperdine Law Review; “Beyond Kent and Gault: Consensual Searches and Juveniles,” Pepperdine Law Review]. Mr. Pleiss participated in both the prestigious Roger J. Traynor California State Moot Court competition and the Vincent S. Dalsimer Pepperdine University School of Law Moot Court competitions, winning best appellate brief awards in each competition and best advocate in the latter competition. He was also a member of Phi Alpha Delta Law Fraternity.

For over 35 years he has held AV rating of preeminent AV® in Martindale-Hubbell, which ranks him at the highest level of legal ability and ethical standards. Over the past three decades, Mr. Pleiss has been selected by his peers for inclusion in the “The Best Lawyers in America,” “Top Attorneys of North America” (including President’s Circle),” “America’s Most Honored Professionals (American Registry)” “Ten Best: Client Satisfaction Award (American Institute of Personal Injury Attorneys),” “Attorney of the Year (Top 100 Registry Business Leaders & Professionals),” “Litigator of the Year (American Institute of Trial Lawyers),” “Los Angeles Times Top Lawyers”, and “National Business Advisory Council’s Ronald Reagan Gold Medal and National Leadership Awards.” He is also the recipient of the Joseph McNeil Civility Award for excellence in trial and possessing the highest moral character.

Be the first to comment on "Top Attorney – Larry T. Pleiss"