Seattle, WA WW/Press/January 8, 2019 –Wolfgang R. Anderson, Partner with Anderson, Fields, Dermody, & McIlwain, Inc., was selected as a President’s Circle Member into the Top Attorneys of North America 2019  edition by  The Who’s Who Directories.

The accomplishments attained by Mr. Wolfgang Anderson, in the field of Legal Services,warrants inclusion into the Top Attorneys of North Ameri 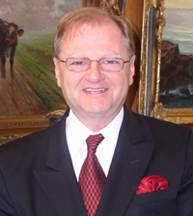 Wolfgang Anderson partner at the law firm, is admitted to practice law for the US Supreme Court, Military Courts and all Washington Courts. He has been practicing for fifty years in the area of family law, focusing in divorce, property division, legal separation, annulment, child support, adoptions, and domestic violence. Mr. Anderson has been a guest and/or lecturer on various television and radio programs, and has taught professional seminars for attorneys, as well as serving as a Judge Pro Tem, in both the Superior and District Courts. He also contributed articles regarding matrimonial law to professional journals.

Mr. Anderson was selected as a Super Lawyer by Law & Politics from 2006-present and voted one of “America’s Best Lawyers” by US News & World Report in 2014, and for each of the past years by Who’s Who Directories. He was named Top 100 Lawyers by the National Advocates.He is also a select member of the prestigious, National American Academy of Matrimonial Lawyers and has had an “AV” rating with Martindale-Hubbell for 30 years. (AV means a significant rating accomplishment; a testament to the fact that a lawyer’s peers rank him at the highest level of professional excellence).

Mr. Anderson wrote a book for the layman, Divorce, Dissolution And The End Of Relationships – What’s It All About?, detailing the law on various subjects from property division, custody, child support, maintenance, what the proceeding is all about, etc. Mr. Anderson’s book, AKA the “divorce bible”, explains everyone’s rights from A to Z. Mr. Anderson has also contributed articles regarding matrimonial law to professional journal

He has also written a series of 14 books under the “Fartology” premise, expanding on client one-liners.