Phoenix, AZ WW/Press/June 19, 2020–Stanley Lubin, Founding Partner with Lubin & Enoch, P.C., was selected for inclusion as a President’s Circle Member in the Top Attorneys of North America 2020-2021 edition of The Who’s Who Directories. 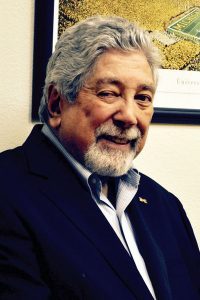 The accomplishments attained by Mr. Lubin, in the field of Legal Services, warrants inclusion into the Top Attorneys of North America.

Mr. Lubin has been responsible for a number of advances in labor relations and employment law. In North Valley Emergency Specialists v. Santana, he obtained a state Supreme Court decision that, in Arizona, all employer/employee agreements are exempt from the provisions of the Arizona Arbitration Act. In Godbey v. Roosevelt School District, he obtained an appellate court decision defining the legal test for class actions in Arizona and prohibiting a school district from amending its personnel rules in violation of its contracts with its teaching staff. In Fleming v. YRMC, he successfully argued in the Ninth Circuit that the Vocational Rehabilitation Act protected independent contractors from discriminatory employment practices based on perceived disability. Mr. Lubin has had additional successes in numerous cases throughout his career.

Recently, Mr. Lubin won an arbitration award against a national ambulance company to restore pension benefits to the levels negotiated with the union representing more than 1,100 employees and obtained a court settlement enforcing that award. He also co-authored a portion of an initiative that established a minimum wage in Arizona. He was the principal drafter of a comprehensive collective  bargaining ordinance enacted by the City of Phoenix in 1978, the only such law in Arizona. He also won an arbitration award requiring an employer to comply with Arizona’s medical marijuana law in its treatment of employees.

Mr. Lubin was voted 2016 Member of the Year of the Arizona Bar Association’s Labor & Employment Section. He has been listed in best Lawyers in America (all editions), and has earned an AV Rating in Martindale-Hubbell Law Directory. He is also listed in the Bar Register of Preeminent Lawyers (all editions), and has been named by Southwest Super Lawyers as one of the top 5% of all lawyers in the Southwest.

He has been a Fellow in the Honorary College of Labor & Employment Lawyers since 2008 and has served on its Credentials Committee.

Mr. Lubin is married to his wife Barbara, their Daughter is  Jessica Nicole Hall and she is married to James Hall (Captain, U.S. Army). They have two daughters, Abigail Marguerite Hall and Elizabeth Grace Hall.