Santa Ana, CA WW/Press/October 7, 2016 –Sandra J. Coleman, Attorney with S.J. Coleman & Associates, was selected for inclusion into the  Top Attorneys of North America 2017 edition by The Who’s Who Directories. 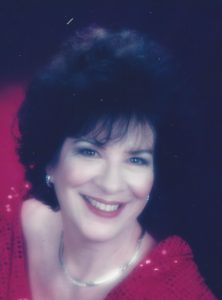 Ms. Coleman has a solo law practice in Santa Ana, CA, dealing primarily with property issues in the areas of real estate transactions, estate planning and probate, as well as bankruptcy and family law. She received her undergraduate degree from Texas Christian University in journalism and worked in that field for twelve years before leaving the Orange County Register as assistant metro editor to attend law school. She was admitted to UCLA School of Law in 1982 and received her J.D. degree from Western State University College of Law with honors. She has been in practice in Orange County, California, for thirty years. She was co-chairman of the Orange County Bar Association’s Bridging the Gap Program, the bar’s new lawyer orientation program, for ten years. She has been an OCBA delegate to the State Bar convention, was on the board of directors of the Orange County Barristers, and was a member of the executive committee of the OCBA real estate section. She has been a licensed real estate broker, and sat on the professional standards committee of the East Orange County Association of Realtors and on its arbitration panels. She has also served as president of the 400-member Orange County Press Club, which named her most valuable member in 1975.

She is an approved mediator for the United States Bankruptcy Courts of the Central District of California and is certified to practice in all the federal courts in California, the Ninth Circuit Court of Appeals and the United States Supreme Court. She and her husband teach ballroom dancing and for the past fifteen years have been invited to teach other dance teachers at the national convention of a major dance teachers organization. They have been recognized for contributions to the dance program of the Senior Olympics and dance choreography they have written has been voted on Top 10 lists of national favorites.

Be the first to comment on "Top Attorney – Sandra J. Coleman"