Washington, DC WW/Press/October 25, 2016 –Michael R. McLeod, Partner with McLeod, Watkinson & Miller, was selected for inclusion in the forthcoming  Top Attorneys of North America 2017 edition of The Who’s Who Directories. 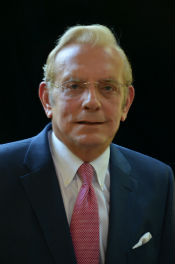 The accomplishments attained by Mr. Michael McLeod, in the field of Legal Services, warrants inclusion into the Top Attorneys of North America.

Michael McLeod has been practicing for forty-nine years in the areas of agricultural legislation and farm policy, trade associations and coalition representation, government relations, regulatory problem solving, and U.S. Department of Agriculture agencies and programs. He is known nationwide as an expert in food, agricultural and derivatives law and legislation. Mr. McLeod served for ten years as a key staffer in the U.S. Senate, the last four as General Counsel, and Staff Director of the Senate Committee on Agriculture, Nutrition and Forestry. He was active in legislation to regulate pesticides when the Environmental Protection Agency was created in 1970, led the policy work and drafting of the National Forest Management Act of 1976, and played a major role in the drafting of legislation for the 1977 Farm Bill, and he has been extensively involved in every subsequent farm bill as a private sector lawyer. Michael received his A.B. from the University of Georgia and his J.D. from American University. He is a member of the American Bar Association and the Bar Association of the District of Columbia.

Be the first to comment on "Top Attorney – Michael R. McLeod"